Hamilton is currently playing in Los Angeles at the Pantages Theatre. On October 1st I attended the matinee performance and was in awe of the production. Following the show, I was heading towards the car when my friend said don’t you want to meet the cast? So we walked around to the stage door which is on Argyle Avenue. Please note that this post is about my experience when Hamilton was in LA in 2017 but should still work for 2020. 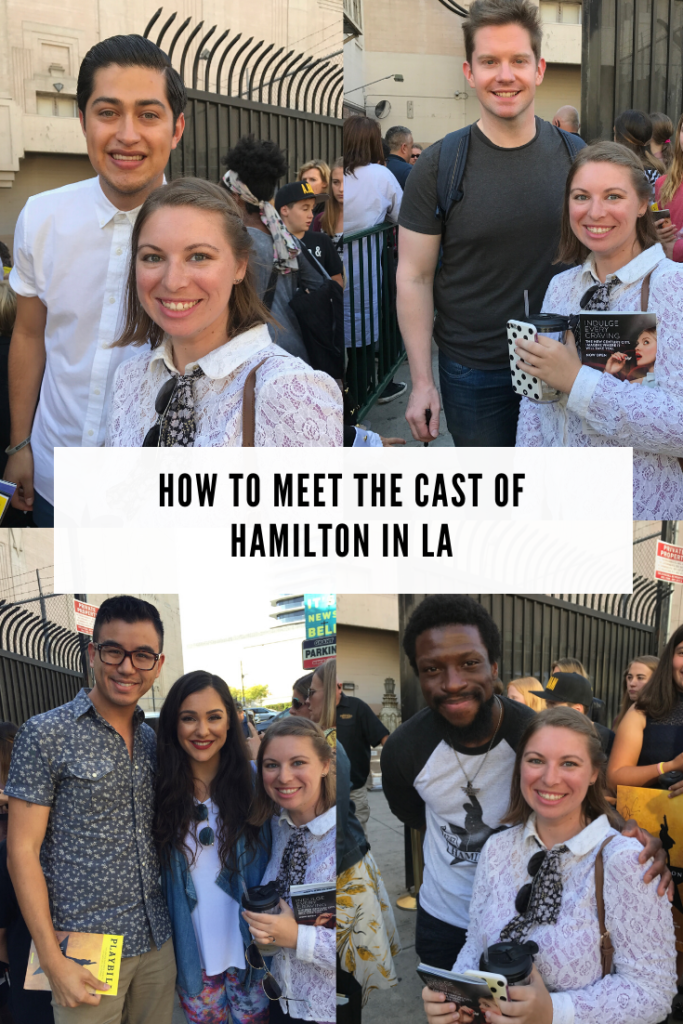 COVID 19 might have delayed Hamilton’s performances at The Pantages Theatre in Hollywood. But, anyone can watch the show via Disney Plus! If you do not have Disney Plus yet, be sure to sign up for Swagbucks first which is a free rewards site. If you use their link to activate Disney Plus you’ll be rewarded with points that you can use for gift cards and/or Paypal Cash.

The Los Angeles cast of Hamilton came out pretty quickly and took time to sign autographs and take pictures with the fans. I recently learned that if you attend on opening night the cast goes to a party which makes it harder to meet them. 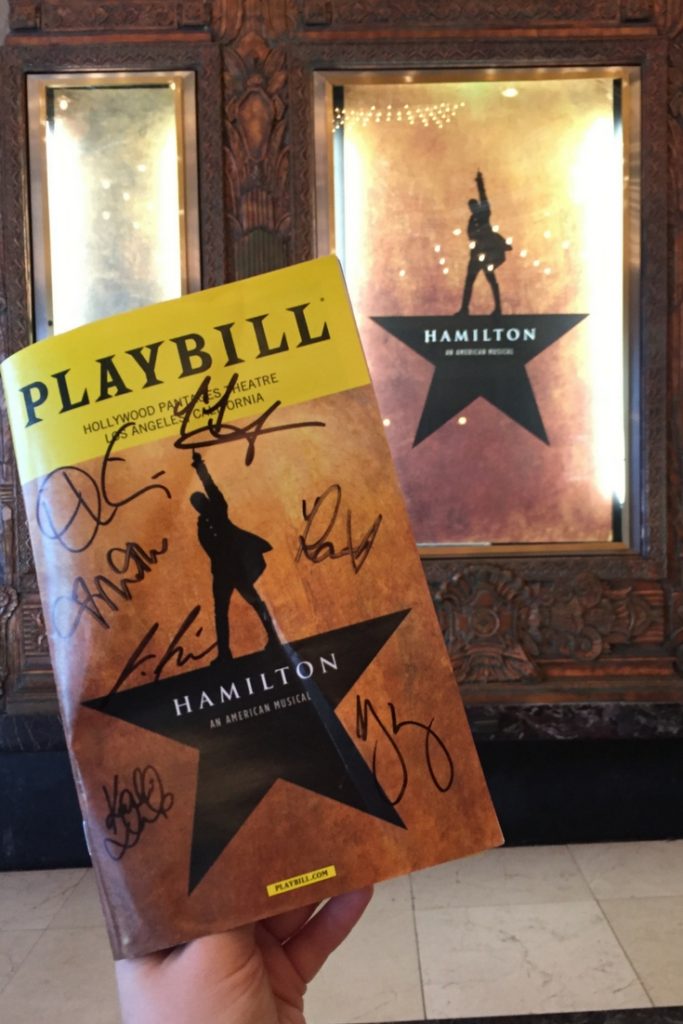 Not every single cast member came out of the stage door. However, all of those who did were so gracious to take time for the fans. An advantage of going to a matinee performance is that the lighting outdoors is great for pictures. They all had their own sharpies which made getting autographs on the playbill very easy.

My friend Bruno and I met Rubén Carbajal who plays John Laurens and Philip Hamilton. Next, we met Rory O’Malley who completely steals the show as King George.

The incredibly talented Michael Luwoye who plays Hamilton came out to meet the fans too. Bruno and I met Karli Dinardo who plays Peggy Schuyler and Maria Reynolds. Karli is the understudy for the roles and performed beautifully during the production. We also met Jordan Donica who plays Marquis de Lafayette and Thomas Jefferson. As well as Mathenee Treco who plays Hercules Mulligan and James Madison. The kindness was really incredible to see. I cannot wait to see who will be in the next Los Angeles cast of Hamilton!