The Nighttime Show at Hogwarts has been a fan favorite at Universal Studios Hollywood since it debuted in 2017. Now, the show has three different versions that are all pretty incredible in their own way. The original show celebrated the four Hogwart houses. Next, came the Christmas version which was then followed by the Dark Arts show. 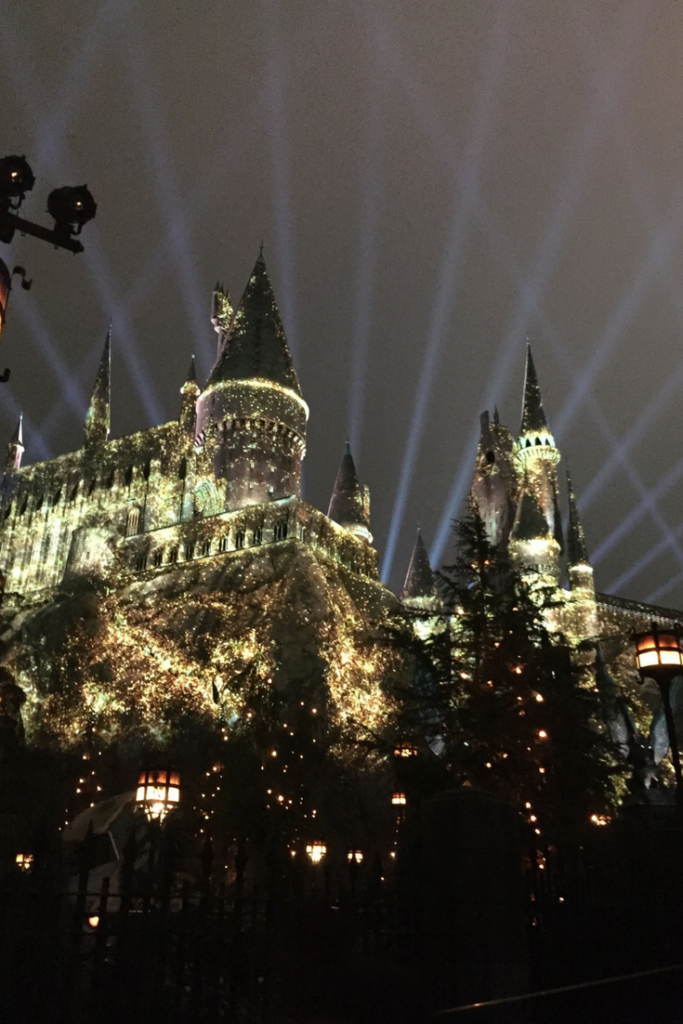 Unfortunately, the show does not take place every night. If you can be sure to try and plan your visit on a day when you can see it. The Wizarding World of Harry Potter tends to get very crowded during the show. Normally, the line begins outside the entrance to the land. Once it is close enough to show time they will let you into the viewing area. There are almost always at least two showtimes. The second showtime is less crowded.

Happiness can always be found even in the darkest of times if only one remembers to turn on the light. #hogwarts #wizardingworldofharrypotter #universalstudios

If you would like to see what the Dark Arts Show looks like you can view my IGTV.

Not only is the show fabulous but the way the Hogwarts castle looks afterward is really what makes it spectacular. The castle doesn’t stay lit up for long so be sure to take your photos as soon as it ends.

For more information about the park be sure to check out my post on Universal Studios Hollywood Tips and Tricks.