Now that Emmy season is in full swing networks are hosting their FYC (for your consideration) events. This gives voting members of the guilds a chance to learn more about the shows that are nominated. Plus, it gives locals in Los Angeles a chance to attend some pretty spectacular events. My favorite event I attended last year was the This Is Us FYC Event. So I was very excited when I got an invite to celebrate The Marvelous Mrs Maisel at their FYC event.

Amazon partnered with Cinespia to hold their event at the Hollywood Forever Cemetery. I know that sounds weird. To hold screenings at a cemetery but this is actually a really cool venue. And it’s such a Hollywood experience. Most guild events like this will offer free admission to nonunion guests after guild members are let in. Before attending this event I had not watched The Marvelous Mrs. Maisel but I had heard great things. When I checked in for the event I was given the card in the picture above. They spoiled us with such great food & all of it was free! Pinks hot dog is a staple in Hollywood so I was very excited that they had a booth at the event. Cinespia, the company who normally holds movie screenings at the cemetery, is known for their fabulous photo booths and this event was no exception. They had several photo spots and one booth that included a professional photo. These people really know how to throw a party! 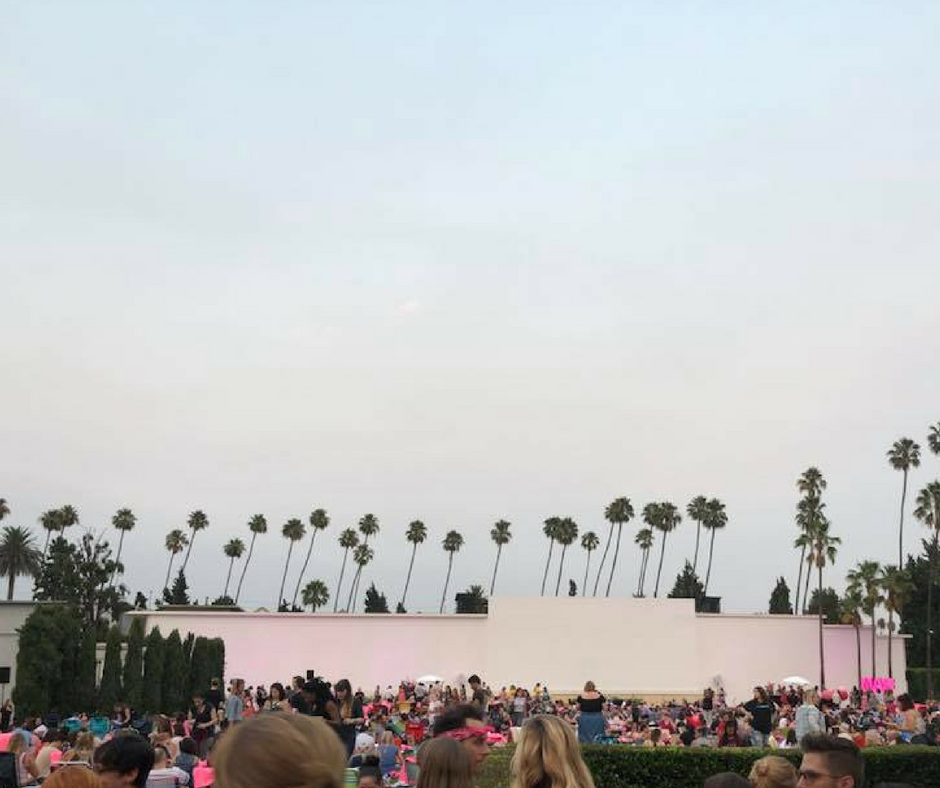 Anytime that you come to a screening here it is a great idea to bring a blanket and a low chair. They were giving out free Mrs. Maisel blankets but unfortunately, I found out about that too late. Once the sun went down the audience was shown the two Emmy nominated episodes from the show. Most of the time the networks will bring cast & crew members for a q&a but that didn’t happen this time which was a bummer.

As far as the show itself I am now hooked. It is so unique and adorable. I think that Amazon is doing an incredible job with the show. If you’re ready to check out this fabulous show you can get more information here.

In 2019 The Marvelous Mrs. Maisel compaigned for the Emmys by having a Maisel day around LA with prices going back to the 1950s at participating locations. That is how I got to stay at the Roosevelt Hotel!