Angels Flight Downtown LA is an iconic piece of Los Angeles history. For a period of time the funicular was out of commission but thanks to the movie La La Land it has been brought back to life. It was reopened for the movie and that sparked a bigger reopening project. Even with the pandemic, they were recently able to reopen once again. This is definitely an activity that I recommend putting on your DTLA to-do list.

The top of Angels Flight is near a little food court with a peaceful seating area. On my second visit to Angels Flight, I was walking from the nearby OUE Skyspace and passed through this area. You will need to go up the stairs and to the left to board Angels Flight from this place. 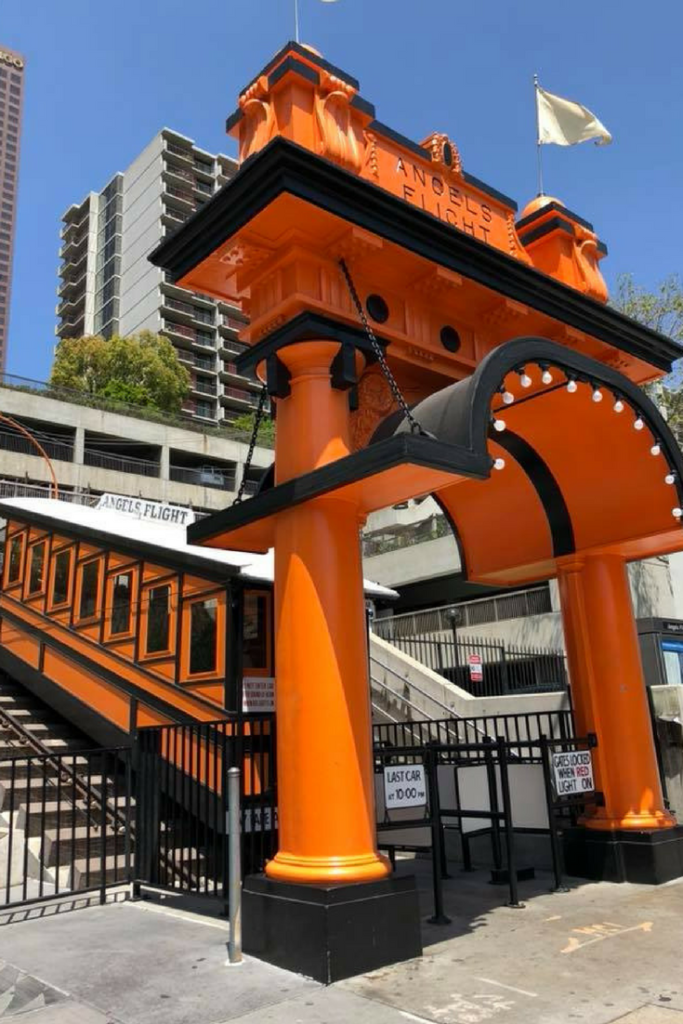 What Is Angels Flight?

Angels Flight is an inclined railway that takes passengers up Bunker Hill in Downtown Los Angeles. There are two cars that can take guests up and down the hill. My friends and I came from Grand Central Market across the street & rode Angels Flight to the top of Bunker Hill. We paid for our one-way ride when we got to the top. It is open every day of the year from 6:45 am until 10 pm. 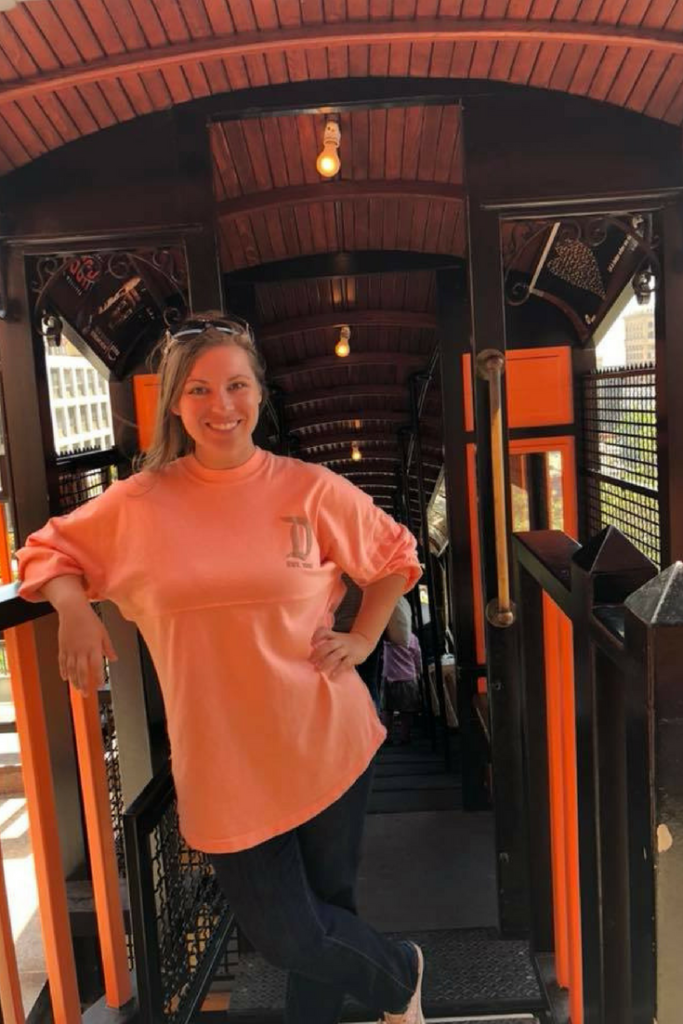 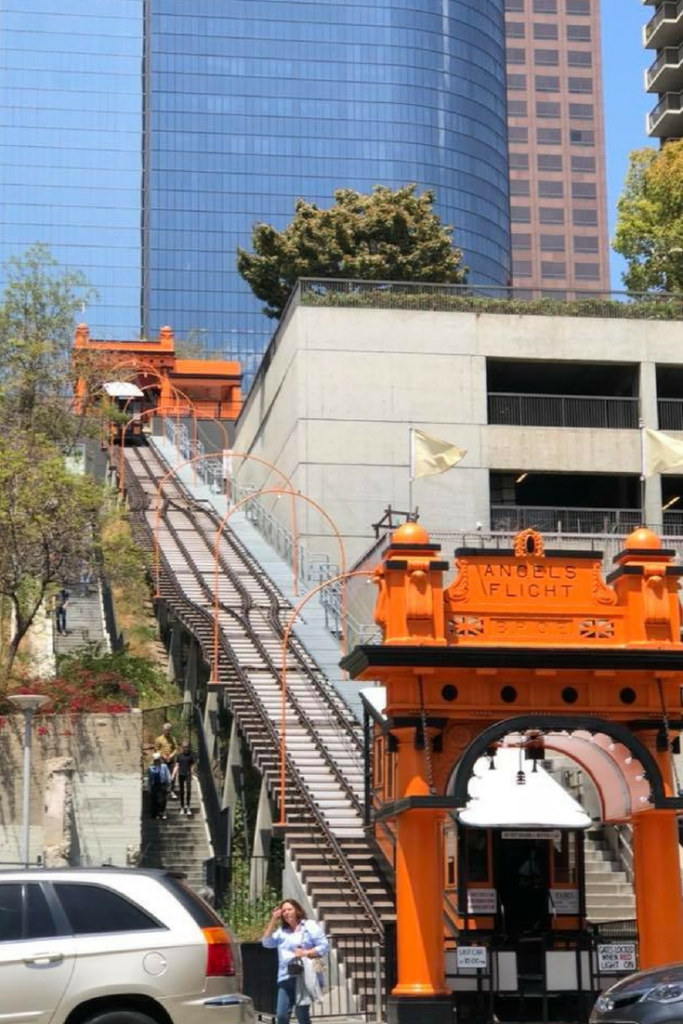 The railcar is small with wooden benches. Your ride on Angels Flight will not last more than two minutes if the ride is even that long. It is brief but a fun experience.

How Much Is A Ride On Angels Flight? 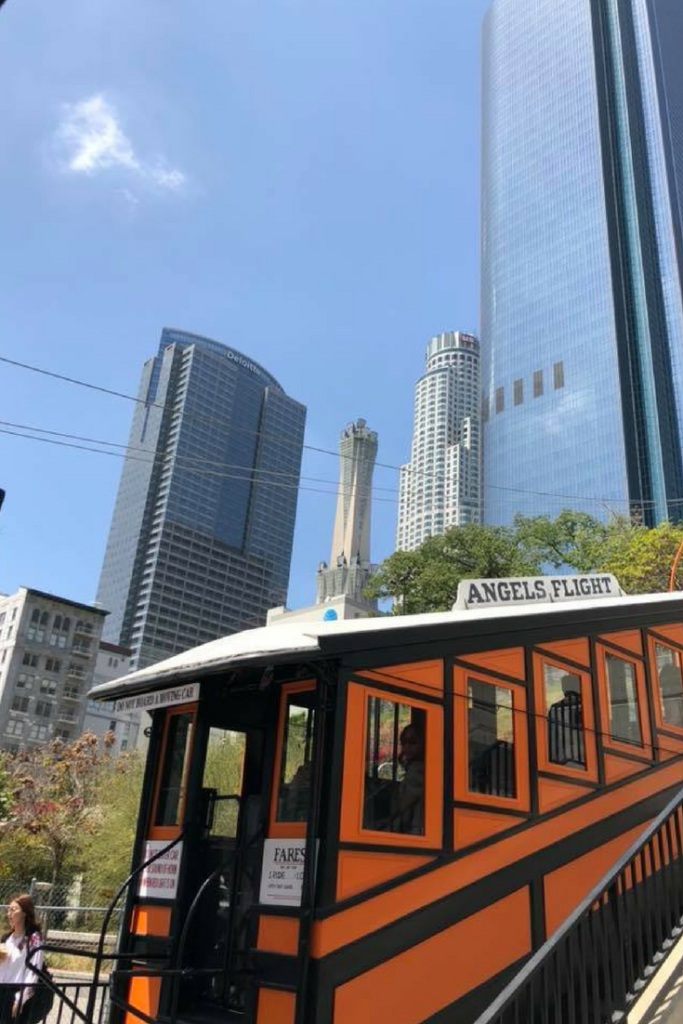 Yes! Angel Flight Downtown LA is a cute thing to do when you’re already in the area doing other things. It isn’t worth a trip downtown just to do this. It is within walking distance of The Broad Museum. So if you get the free tickets to The Broad I would recommend walking to Angels Flight after and taking it down to Grand Central Market where you can grab a bite to eat. This would also be a fun activity to do either before or after catching a show at The Walt Disney Concert Hall.

Grand Central Market which is across the street from Angels Flight was used in the movie. You can also visit The Griffith Observatory and The Smokehouse Restaurant in Burbank.