Do you know The Donut Man who lives on Route 66? Most people in Southern California have at least heard of the legendary Strawberry Donuts from The Donut Man. This donut shop has been written about, appeared on tv, and even been mentioned in the Netflix show You. As of now, the Glendora location is the only Donut Man shop open. However, as soon as they are able to open the new Grand Central Market location will open which means Angelenos won’t have to drive for an hour just for the tasty goodness! 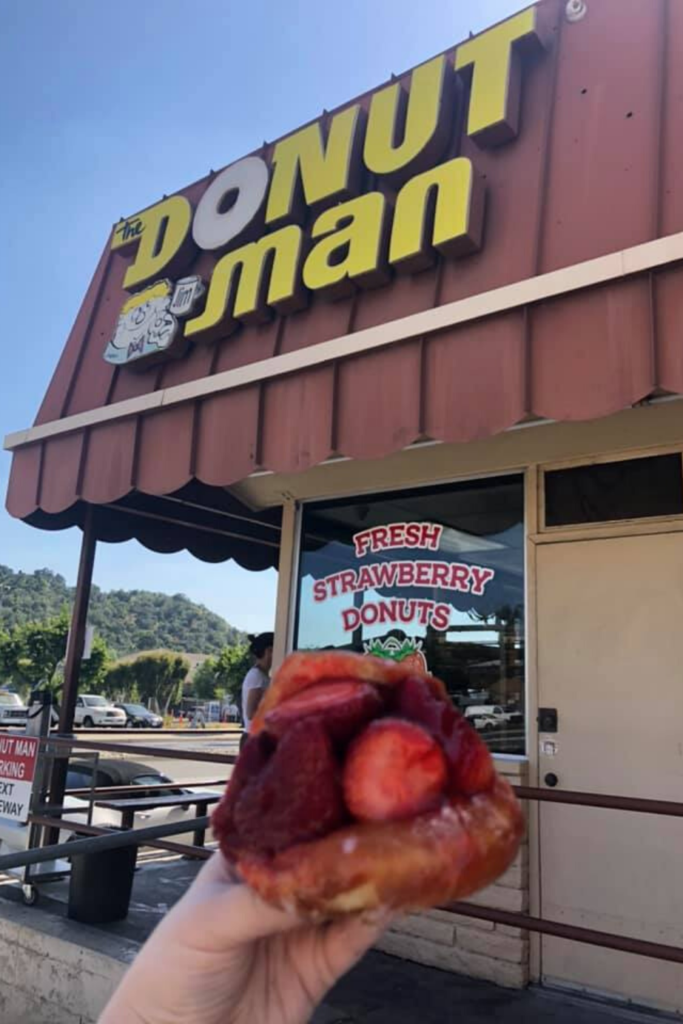 The Donut Man can be found at 915 E Rte 66, Glendora, CA 91740. There is a small parking lot behind the shop. I visited during COVID 19 so the line was staggered to try and keep people six feet apart. They are open 24 hours a day though at different times during the day they might be out of certain types of donuts. My Grandpa wanted a fritter and they were out when we were there at around 4 pm. Our wait time was around 45 minutes.

The donut shop first opened in 1972 but it first opened as part of a franchise. It wasn’t until the mid-1980’s that the shop became independent and officially known as The Donut Man. The strawberry donuts began when there was a surplus of strawberries in Glendora and the owner was challenged to do something with the fruit. 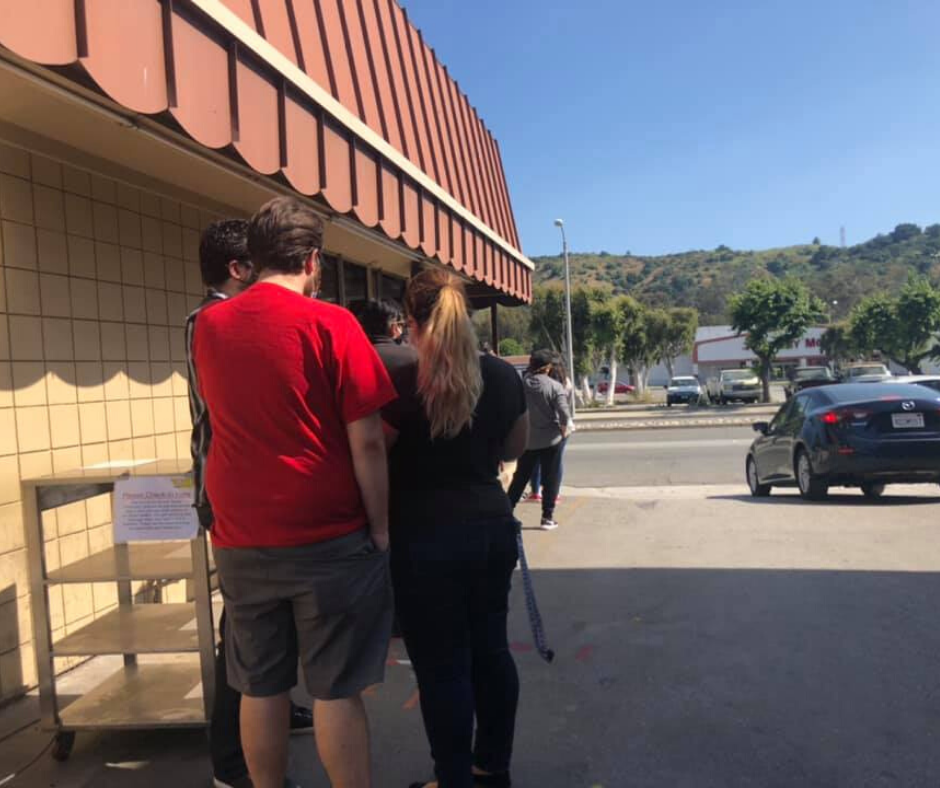 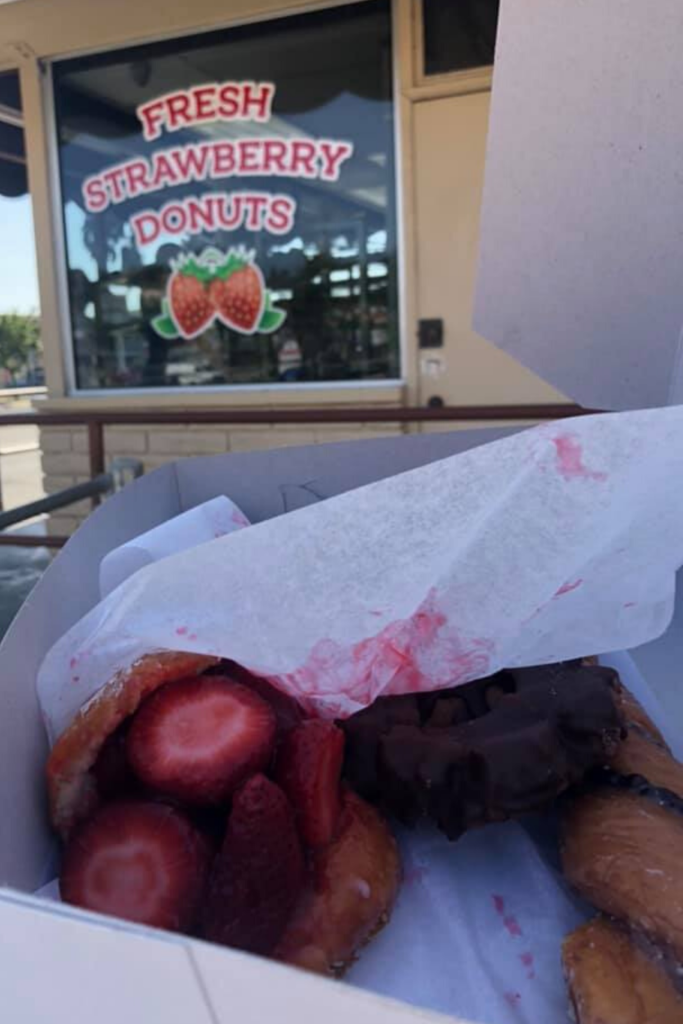 The famous strawberry donuts from the Donut Man are available from late January to early October. I was shocked by how many strawberries they put inside the donut. It was beautiful and so incredibly tasty! It is truly the star of this sop. The donut is so fluffy and perfectly glazed and as you can see in the photo the strawberries are loaded inside. $4.25 is the cost of each masterpiece. 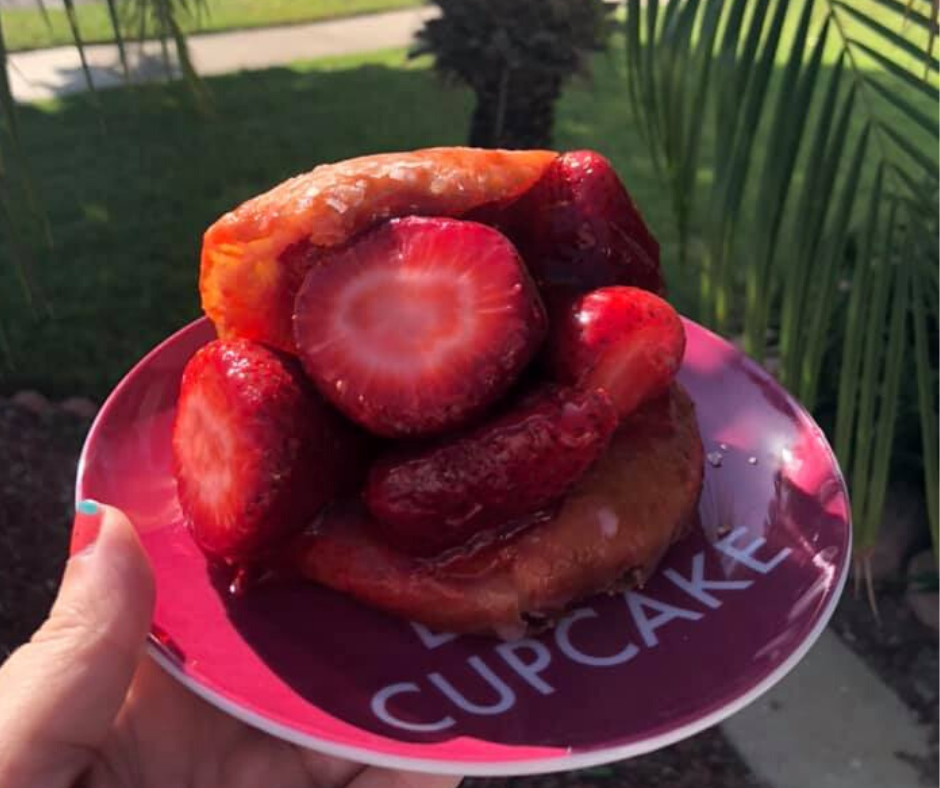 I could not find a way to bite into the donut so I ended up using a fork to eat the strawberries and then ate the donut after. It was very messy but some of the best foods are. They also have a peach donut but it doesn’t seem to be nearly as beloved as this one.

It was a thirty-minute drive to get to the shop for me and while I did really enjoy it, it is not a trip I would make multiple times. The donuts were amazing but not something that I could have too often. They are open year-round but be sure to pay attention to the months when they have the strawberry donuts if that is the reason you would like to visit. 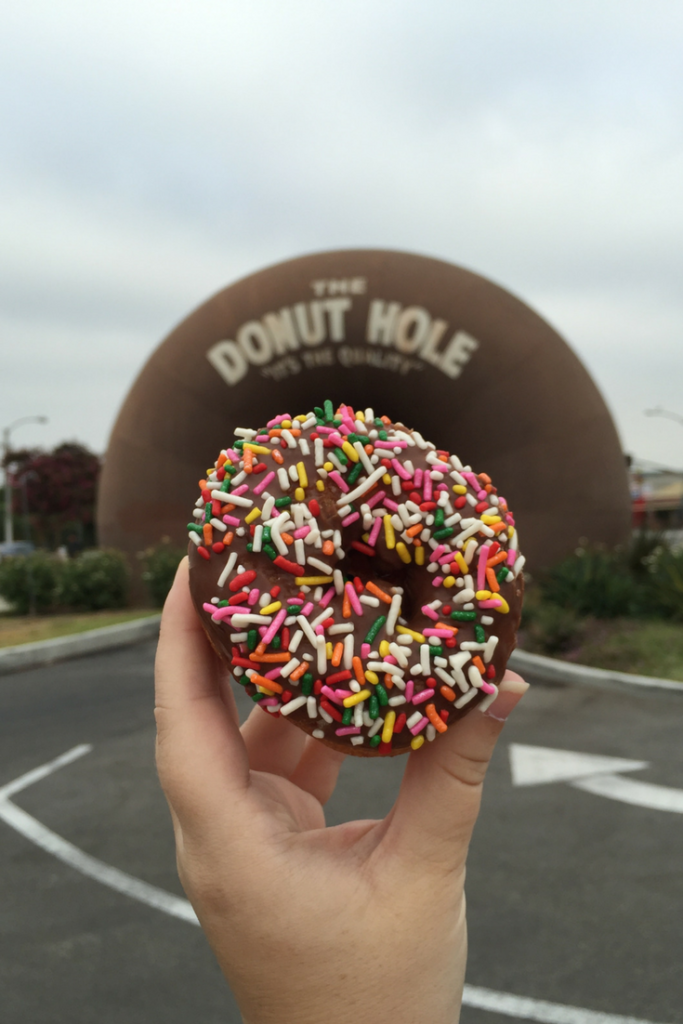 If you are interested in visiting other donut shops The Donut Hole is pretty fun!