Earlier this week my parents and I went to a Padres game in San Diego. We love visiting different ballparks. While Petco Park may not be as old or as historical as Fenway Park it is a really nice stadium. What my Dad likes to do is get to the park when the gates open so that he has plenty of time to check out the food. When we entered the park we went down to the field to watch a little bit of the Cubs batting practice. While we were standing near the field my Dad asked one of the works for recommendations of the best food at Petco Park. 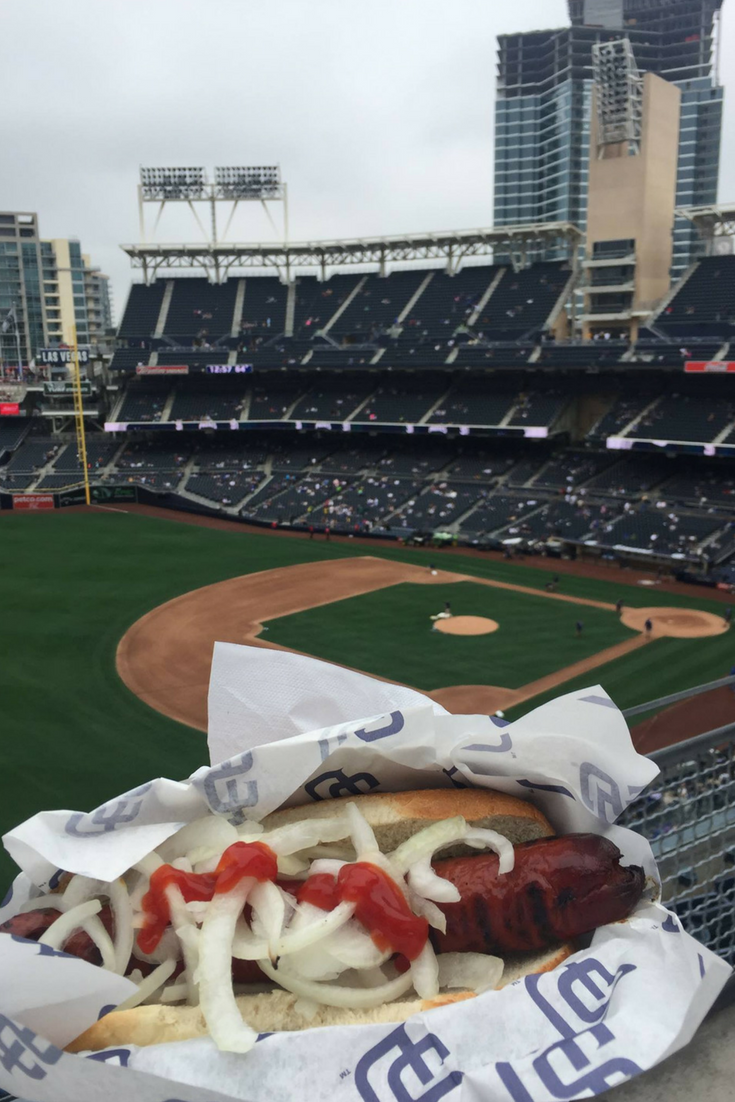 The worker was very enthusiastic and happy to share with us that if you want a hot dog at the ballpark you have to get a slugger dog from the Randy Jones cart. Not only was the slugger dog the biggest hot dog I have ever seen it was also the best hot dog that I have ever had. The flavor is amazing! You can have the dog topped with raw or grilled onions or you can add chili and cheese if you’d like. The price of the hot dog is $11, but it is more than twice the size of the $8 hot dogs at Angel Stadium in Anaheim. As far as I’m concerned when I’m at a baseball game there is nothing better than a hot dog.

My other recommendations for food at Petco Park are tri-tip nachos at Cardiff’s Seaside Market, Phil’s BBQ, and Hodads for a burger. We all split the nachos which were incredibly delicious. Phil’s BBQ has been voted the best bbq and Hodads has been voted the best burger in San Diego. I didn’t get anything at either of these places because I was pretty stuffed between the tri-tips nachos and the hot dog. However, from what I saw and smelled you can’t go wrong with food from either of those locations. My parents and I were really impressed with the food choices and how great everything we tried was. 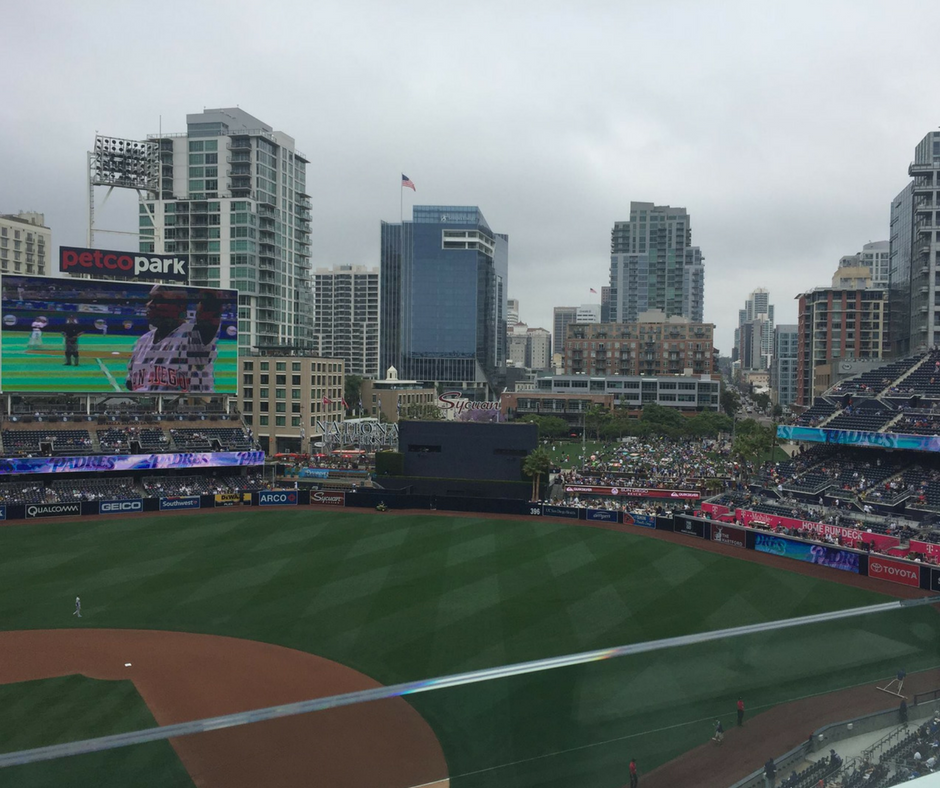 Our seats for the game were on the front row of the top section on the first base side. We sat above the Padres dugout. The glass in front of our seats helped us to have a great and unobstructed view. I highly recommend these seats if you want to watch the game in the ballpark. If you feel like having a picnic while you watch a Padres game you can pay $10 to watch the game from the park in the park. If you look above the seats in the outfield you can see a green field with fans sitting on it.

If you want to tour Petco Park consider getting a Go City San Diego Pass. This would give you entry to the tour, Sea World, the zoo & safari park as well as several other cool places for one price. You can read more about it here.

If you want to eat before you go to the ballpark or if you are just looking to eat in San Diego, in general, I have a few suggestions. If you’re a fan of bbq and of the movie Top Gun you should check out Kansas City BBQ. Two scenes from the movie were filmed there. If you want some seafood with a view check out Harbor House at Seaport Village.