Have you ever been watching a show on TV and wondered where a character’s outfit was from? Ever since I started watching Jane the Virgin I got curious about where I could find some of the clothes I was seeing. Jane wears a cute outfit at least once an episode. I may not have all of the answers but I do have helpful information on how to find the clothes TV characters wear.

Recently, I was watching Young & Hungry and saw that the main character Gabi was wearing a shirt that I have. I bought the shirt at Windsor at my local mall two years ago. It came in two colors. I got the blue and black shirt and Gabi had a pink and blue shirt. I was excited when I saw that she was wearing my shirt on a TV show. It also made the show relatable. Her character on the show is a 20 something girl who doesn’t have much money. It makes sense that she would have a shirt that costs less than $50.

Some outfits are made specifically for the show and therefore can not be bought in the real world. However, I think you would be pleasantly surprised by how many outfits you can find if you are willing to look. Keep in mind though that most outfits will be expensive because TV shows have bigger budgets than most of us.

In addition to dressing like a character on a tv show, you can always find fun shirts related to tv shows too. Like a cast shirt from Stranger Things.

TV Style Guide can be a helpful website for finding the clothes TV characters wear. Similar to Covet, they also have a small number of shows that they focus on. You can click on one of the characters listed under the shows in their directory. For example, I clicked on how to dress like Leonard Hofstadder from The Big Bang Theory. It showed me the exact items that made up some of his outfits. In some cases, they couldn’t find the exact item so they shared a similar item. This is not one of my favorite choices but I still wanted to share it with you.

TV Runway is a new tool designed to help you find the items you see TV characters wearing. This is not something that I use but I still want to share because it might be helpful for you. If you are watching a show from a TV Runway partner website you are able to pause a show & click on the item you want. You will then be directed to where you can buy that exact item or one similar to it.

WornOnTV is another site that shares the clothes that TV characters wear. They cover shows like Pretty Little Liars, Young & Hungry, and Girl Meets World. I am seriously impressed by all the handwork that these websites put into finding the outfits.

Last summer I attended a Pretty Little Liars event. The costume designer at the time, Mandi Line, came and spoke to us. She shared that she often would post on her social media where you could get certain items that the Liars wore on the show. Mandi would also post what she called Mandi’s steals where she would share a cheaper & similar outfit that fans could buy.

I want to encourage you to go to IMDB and search for the show you want to find clothes from. Then look under cast & crew for the costume designer. Look them up on social media. Not only will they typically share where popular items can be bought but you can also try and reach out to them with questions. And they are pretty great at sharing behind-the-scenes photos. 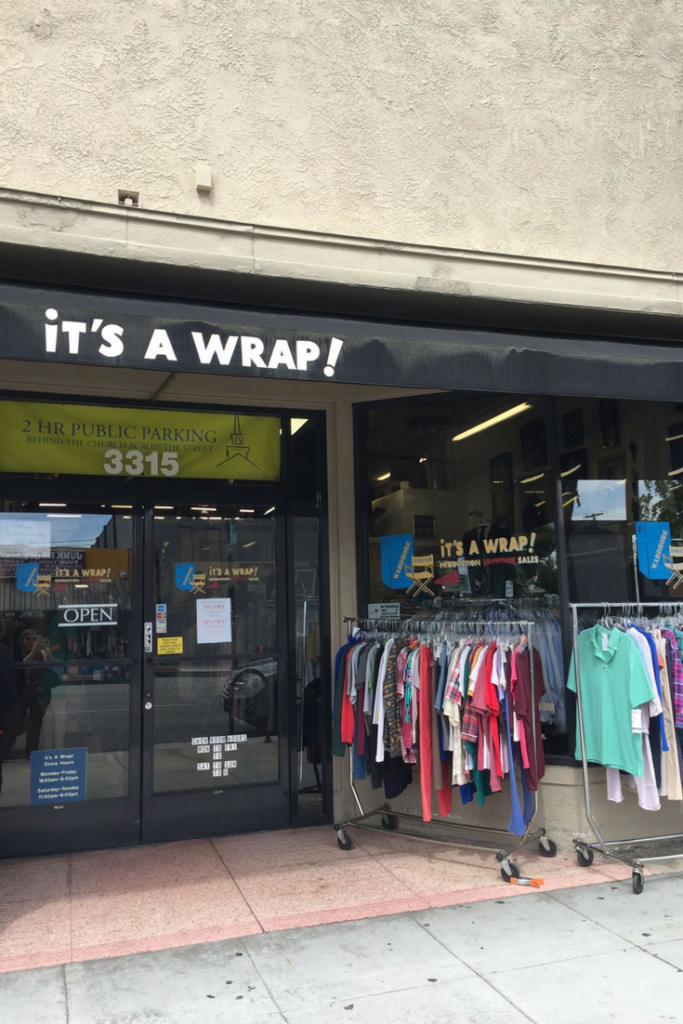 You can also visit stores like It’s A Wrap in Burbank, California. Typically once a show is over the collection of wardrobes is dumped at stores. This can be a good way to get clothes that were actually worn by celebrities.