One of the best places to eat in Hollywood is the Magic Castle Restaurant. What is the Magic Castle? It is a building dedicated to the magical arts and is truly a one of a kind place. The Magic Castle is an exclusive establishment that is only open to members of The Academy of Magical Arts and their guests. I was blessed to get to visit this spectacular place a week ago.

How did I get in? Well, around a year ago a friend of mine went here with some friends from high school. One person in that group knew a member who set them up with a reservation. During that trip, my friend purchased a picture from The Magic Castle which included an invitation to come back for another visit. I was invited to join on the return visit.

I had been wanting to come here for a long time, but I did not know any members. My parents & Grandparents came here a long time ago and had mentioned what a cool place it was. I wanted to come and explore this special place, however, I didn’t know if I would ever get the chance. When my friend offered me the chance to go I was thrilled. 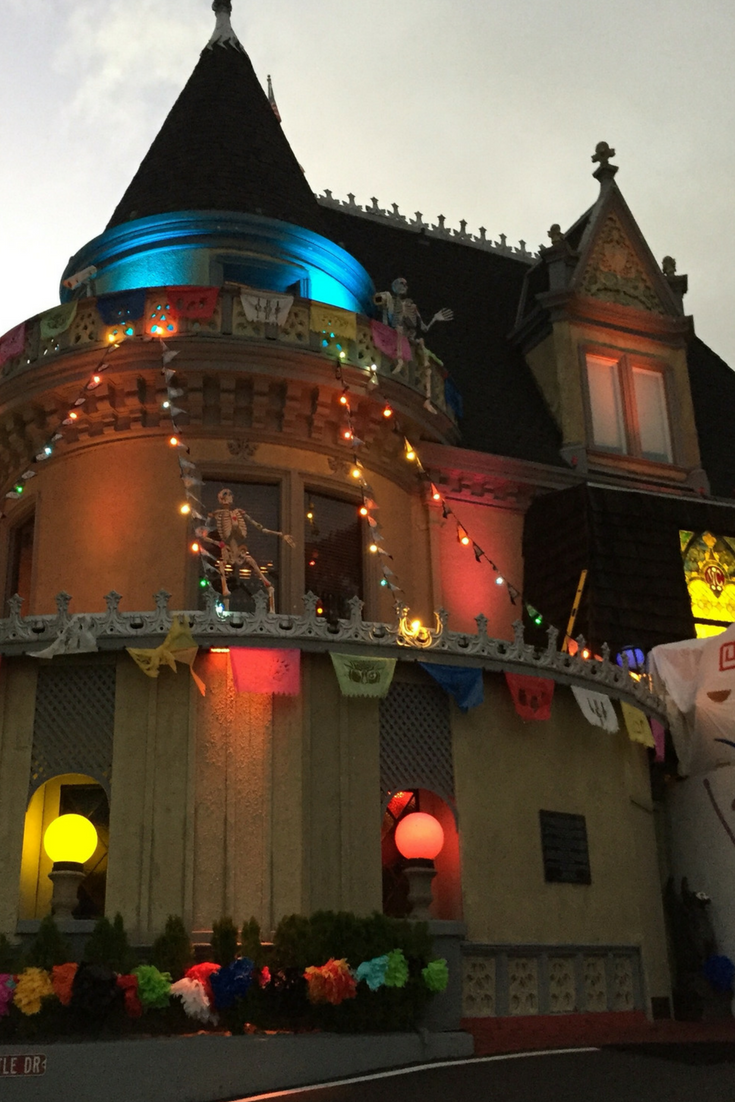 Our reservation was set for the day before Halloween. This ended up being a great time to go because for a whole week the castle celebrates Dia de Los Muertos. Everyone was dressed up in a costume which added a little something extra to the experience. It seemed like the perfect place to wear my Audrey Hepburn costume.

We were able to take photos outside but the only place inside that you can take pictures is in the lobby. I would have loved to have been able to take pictures on the inside to share with you. Especially, so that I could show you the Magic Castle restaurant and what the food looks like. I respect that they don’t want the magic being performed being photographed or videotaped.

By not allowing photography they are able to protect the magic and keep most of the inside of the castle a secret. I was hoping we could find one of the photographers. Not only so I could have at least one good picture inside the castle but also so that I could hopefully come back. Unfortunately, on the night of my visit, there were no photographers working. We had also been told about a photobooth but later found out that it was not available that night either.

I will be very brief and vague in sharing about the inside of The Magic Castle. I want to respect the rules and intimacy. We had an 8 pm dinner reservation which ended up being a great time. This gave us time to explore before dinner and provided us with tickets for the 10 pm show. We moved around the different levels watching various magic tricks being performed. In a lot of cases, we were able to be part of the tricks ourselves. I was amazed by what I was seeing and truly impressed.

Due to our invitation back to the castle we had to pay the door fee and were each required to order one entree at dinner. I ordered the 6oz filet mignon which came with mashed potatoes and veggies. The filet was fabulous. I would recommend it ordering it.

Following dinner, we went to the big show. I didn’t know what to expect and it was even more spectacular than anything I could have imagined. As far as I’m concerned this is the place to come to see as well as appreciate the magic. The workers are so welcoming and talented. If you are ever given the opportunity to go to the magic castle take it. Valet parking is available for up to two cars per reservation.

I am so thankful that I got to have this opportunity.