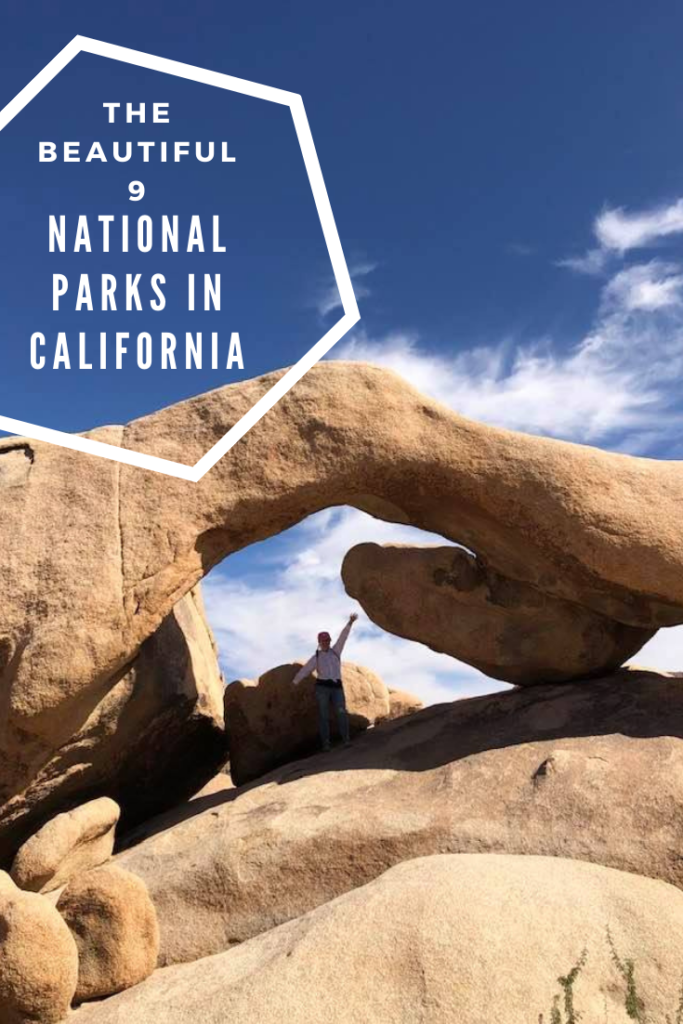 California is an incredibly beautiful and diverse state. Our national parks all offer something different which is why you should consider visiting them all. In the newest episode of the LA Dreaming Podcast, we discuss the beautiful 9 National Parks in California with Dawn from FlyingDawnMarie.com. Dawn and her husband have visited all the California National Parks and share the most incredible and helpful content through her blog and Instagram. I highly recommend following her.

At the moment you can listen to the podcast through Apple Podcasts, Spotify, Google Podcasts, Amazon Music, iHeartRadio, Stitcher, or Podbean. We are working on making it available on more platforms.

How many National Parks are in California

We are blessed with 9 National Parks in California. The fact that we have 9, which is more than any other state, is incredible. There are only 63 National Parks as of 2021 in the United States, with several states not even having one. There are a few times throughout the year that entry to the National Parks is free, but one of the best ways to save on your visit is to purchase a National Park pass which can give you entry to all the parks for a discounted price. So far I have only visited Joshua Tree but I cannot wait to explore the others.

While Yellowstone is our country’s first National Park in 1872, Yosemite Valley was actually the first public land set aside for protection and preservation by President Lincoln in 1864 (nearly a decade before Yellowstone). Yosemite marked the first time in history the U.S. government protected land for public enjoyment and it laid the foundation for the establishment of the national and state park system.

Yosemite is known for its incredible waterfalls, world-class hiking & climbing, and of course Yosemite Valley. Be sure to plan ahead and try to visit in the off-season. Going to some of the most popular places at sunrise can help you beat the crowds. Tioga Pass Road on the east part of the park has some of the most magnificent viewpoints like Clouds Rest, Olmsted Point, and Lembert Dome. This area of the park does close for the winter for even earlier in the year if there is a chance of snow. It is so important to check the National Parks website to see if there are any weather or road conditions that you need to know about.

Taft Point and Sentinel Dome are two of the most famous hikes and are not too challenging. They are fairly easy and will give you spectacular views. You can connect the two with the Pohono loop trail with a mile and a half in between them. The crowds disappear in the loop connection which makes this a true hidden gem.

When I finally make it to Yosemite I am really hoping to go tubing.

California’s newest National Park was actually set aside as a National Monument by Teddy Roosevelt in 1908…however, it waited until 2013 to become a National Park. Just over 26,000 acres, Pinnacles is California’s smallest National Park, often considered a park hidden in plain sight…however there are many unique highlights here including the incredible Talus Caves (Balconies & Bear Glutch). And this park has the unique distinction of being a release location for the captive-bred endangered California condors. This National Park is a bird watcher’s paradise, home to over 160 different species.

Unfortunately, the Dixie Fire has wreaked havoc on this fascinating and diverse park over the summer, but Lassen is one on California’s most diverse parks (from beautiful lakes & waterfalls to lush meadows and many active hydrothermal areas). Lassen Peak is the largest plug dome volcano in the world at 10,457 feet and the Devastated Area showcases the remains from the most recent Lassen eruption in 1915.

California’s northernmost NP is home to some of the tallest trees in the world…many of the ancient giants found here are nearly as tall as a football field. From Tall Trees Grove, Stout Grove and Ladybird Johnson Grove, you could stroll among the tall trees endlessly here…and along with the old growth, this park is home to much second growth evidence of the extensive logging that happened here for decades.

It’s not surprising that Kings Canyon and Sequoia are often referred to together as they are next-door neighbors. Kings Canyon is home to Grant Grove, where you’ll find over two dozen mature Sequoia along a gentle paved path. And Big Stump Grove is truly unique…it’s home to the Shattered Giant (Sequoia which looks like it exploded when it fell) & the Mark Twain Tree (a healthy 1300 year old tree which was cut down in 1891).

Home to tourist favorites like Tunnel Log and Tunnel Rock, Sequoia is also home to the largest tree in the world (measured by volume), the General Sherman Tree stands 275 feet tall and 36 feet in diameter. Climb the 350 stone carved stairs of Moro Rock or skip the crowds and head to the nearby Hanging Rock trail in California’s oldest NP.

Made up of five unique islands and their ocean environments, Channel Islands National Park is definitely California’s most isolated National Park. The only way to reach this park is by air or sea (no cars here). The journey to this National Park is definitely part of the adventure…over 25,000 common dolphins are found in these waters along with blue, gray, and humpback whales…and for LA locals it’s only a one-hour journey from the Ventura Harbor to Santa Cruz Island.

As the park’s largest island, Santa Cruz is also one of its most visited, home to over 1000 unique plant and animal species found only here (a highlight being the island fox pups found here in Spring). Santa Cruz Island is also home to over 100 caves and Painted Cave (found here) is one of the largest and deepest sea caves in the world.

Ana Capa and Santa Cruz are around an hour by boat from Ventura. Ideally, you want to plan one island per day. Getting to each island takes time. Companies like Island Packers will mainly take you to one island. If you can charter a boat you can visit more islands in a day. These islands are remote so it’s best to come prepared. You’ll need to bring food, water, and other items that you might need. The islands are primitive areas so this is different than a visit to Catalina Island.

Death Valley is the biggest national park in the contiguous U.S. with over 3 million acres. Home to the lowest spot in North America, Badwater Basin sits nearly 300 feet below sea level (fun fact: rarely this area will flood after a major storm and the Basin will be filled with a lake of water for a short time). Star Wars fans flock here for the multiple locations used in the original movies, including Father Crowley Overlook which has been nicknamed Star Wars canyon along with other shoot locations such as Golden Canyon, Artist’s Palette, and the Mesquite Flat Sand Dunes where you find Tatooine. 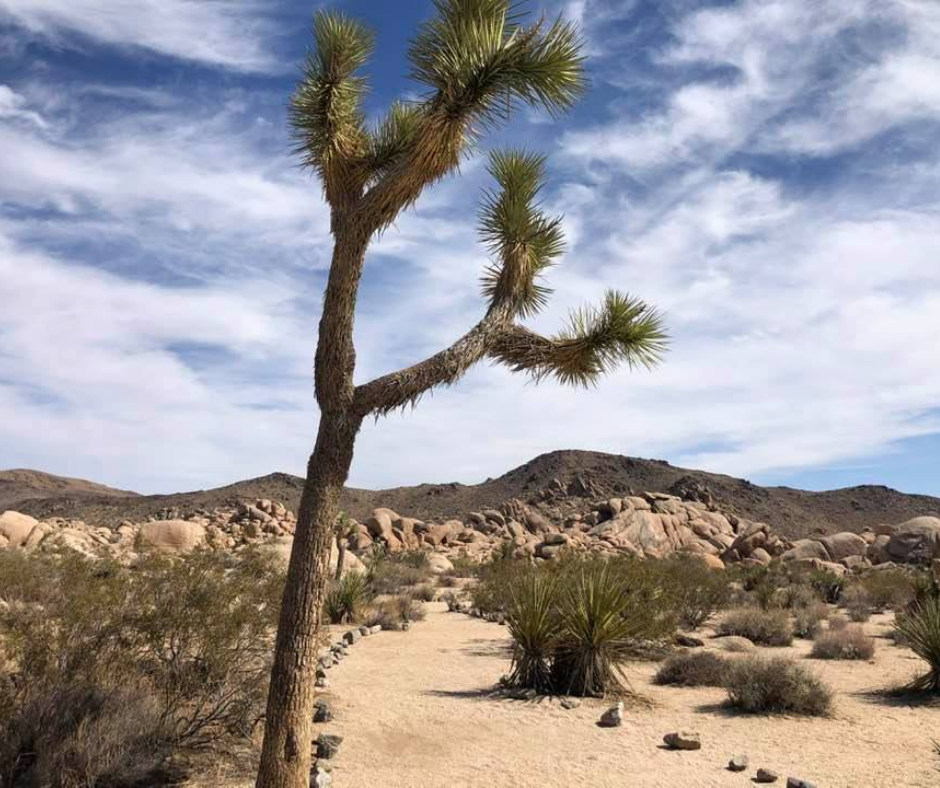 This park is the closest (drivable) National Park to Los Angeles & can make for a wonderful day trip or better yet weekend getaway. Joshua Tree is not surprisingly filled with all shapes & sorts of Joshua Trees…but it’s also known for its incredible rock formations – from the “insta-famous” Skull Rock to Jumbo Rocks, Arch Rock, Heart Rock, and more. Consider Hidden Valley Nature Trail for a wonderful introduction to both the Joshua trees and unique rock formations. There are more than Joshua trees to be found here though…Cholla Cactus Garden is filled with thousands of “jumping cactus” and Cottonwood Springs is home to a surprising palm oasis in the desert.

This is the little spot we talked about in the podcast that I thought was a yarn museum. When I stopped by it looked like it was closed.

I really hope that this encourages you to get out and explore our beautiful state.