Ever since I was little it has been a dream of mine to be an Oscar-winning actress. Being invited to the Oscars is still a dream of mine. Until I can get a ticket to the show going to the red carpet is the next best thing. When I moved to California I decided to find out how I could attend the red carpet for the Oscars. I quickly learned that the Oscars website holds a lottery drawing for the red carpet every fall. You will get two Oscar red carpet tickets if you win. 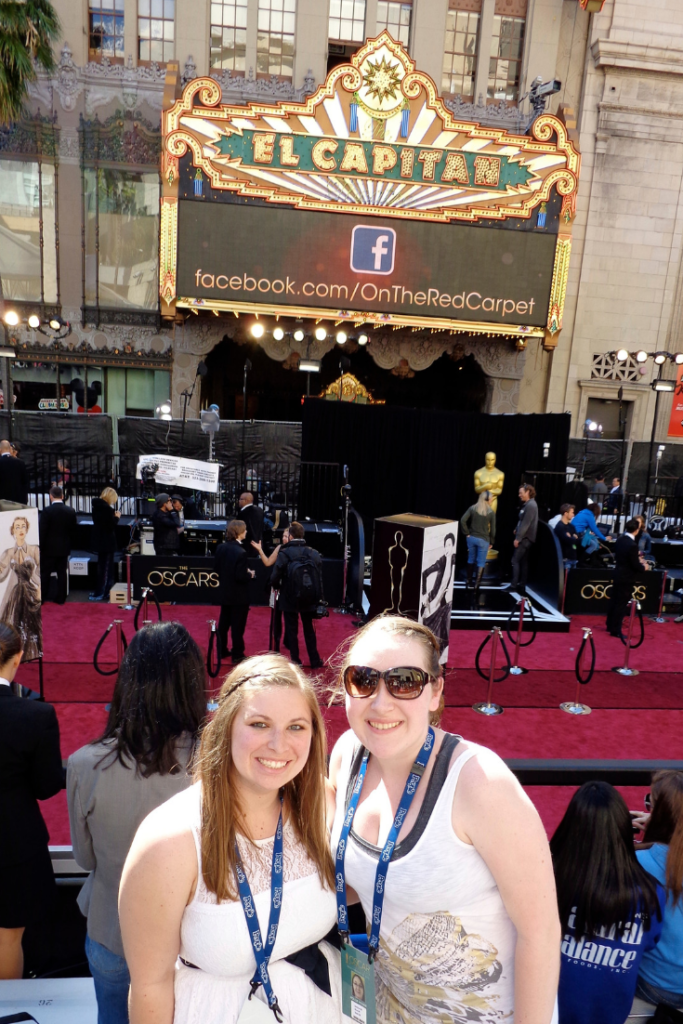 How to Attend the Oscars Red Carpet

The Academy receives an average of 20,000 requests for tickets. Only 700 will win. Now some people might look at those odds and decide not to waste their time submitting for tickets. You cannot win unless you enter. They have to pick someone so I submitted to see what would happen.

One day in November 2012 I was invited to attend the Oscar Fan Experience. I won two seats on the red carpet at the 85th Academy Awards with a private viewing party. When the day finally arrived my friend Hollie and I drove to Hollywood very early in the morning. Check-in for the red carpet starts at 8 am.

We checked in, got our credentials, and our swag bag which included some great goodies. Now you may be thinking 8 am? I thought the red carpet arrivals start in the afternoon. Well, the arrivals of the stars do not happen until the afternoon. However, the press and others arrive to work on making the red carpet an unforgettable experience. Having all of the fans in the bleachers before any of the chaos starts is one less thing for them to worry about. They have lots of food and drinks to keep you well fed throughout the day.

Two men were walking through the bleachers looking for fans to interview and I volunteered which was really fun. I talked about how I had been a fan of the Oscars for a very long time and was thrilled to be at the red carpet. After lunch, we were invited to take individual pictures holding a real Oscar which was an incredible moment for me. My dream is that the next Oscar I hold will be one that as my name written on it. Hollie and I took pictures of us with the red carpet in the background and then got situated to get ready for the arrivals of the stars.

Celebrities I Saw On The Red Carpet 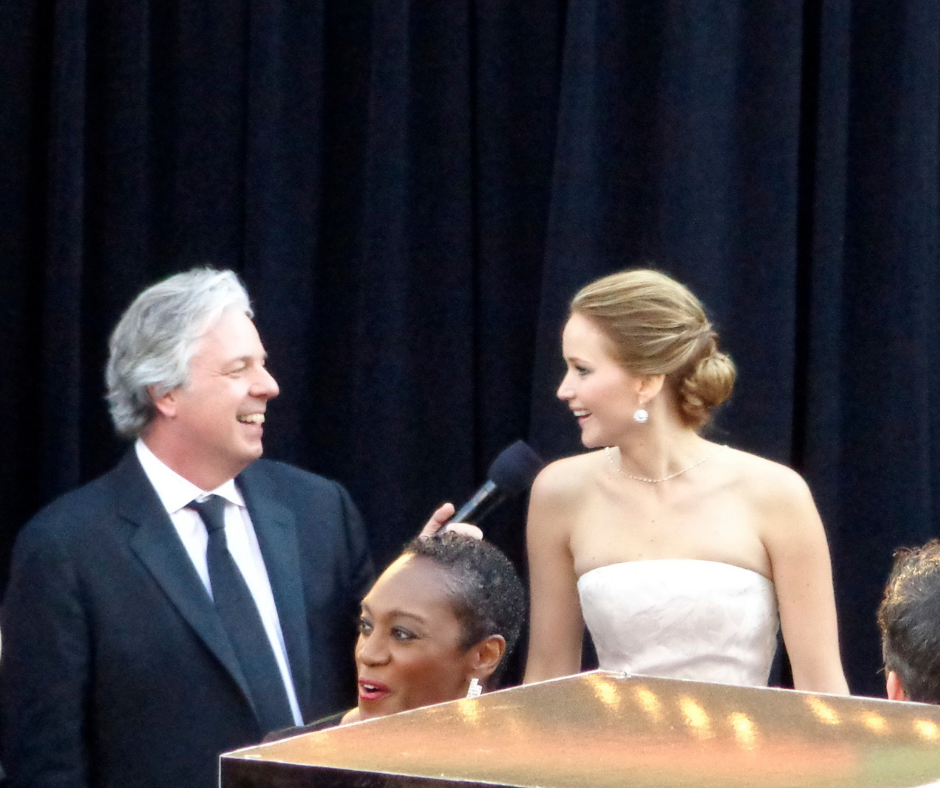 Once the stars started arriving I could not contain my excitement! Can you believe that is is possible to be at the red carpet of the Oscars? The bleachers that I sat in were close to the entrance of the Dolby Theatre and directly across from the entrance to El Capitan. In front of El Capitan on the red carpet was a stage in which a gentleman was interviewing as many stars as possible for the fans which were great for us because it was an interview that we could actually hear. Not all of the stars stopped, some who were presenting needed to make their way inside but most of those stars at least stopped for a moment to wave to the fans. I was able to take wonderful pictures of most of the stars who stopped on the stage for interviews.

Watching the stars walk the carpet while interacting with their fellow actors and costars was incredible. Everywhere I looked I saw famous actors and actresses. As it got closer to show time it the carpet became fuller and much harder to see who all was on the carpet. I am so grateful that I was able to be there and that I got to see so many incredible actors, actresses, directors, and so many others in this talented industry.  Some of my favorite stars that I saw were Jennifer Lawrence, Ben Affleck, Hugh Jackman, Bradley Cooper, and Jennifer Aniston.

Would I Recommend This Experience?

Once it was time for the show to start we were escorted from the bleachers across the red carpet. Would you love a chance to walk on the red carpet? We were led across the carpet at an extremely fast pace so I was not able to stop and take a picture of me on the carpet but I did take a picture of the entrance to the carpet as we walked by. I am forever thankful to the Academy for allowing me to be a part of such an amazing experience that I will remember for the rest of my life! If you get the chance to go I highly recommend it. I would happily do it all again. 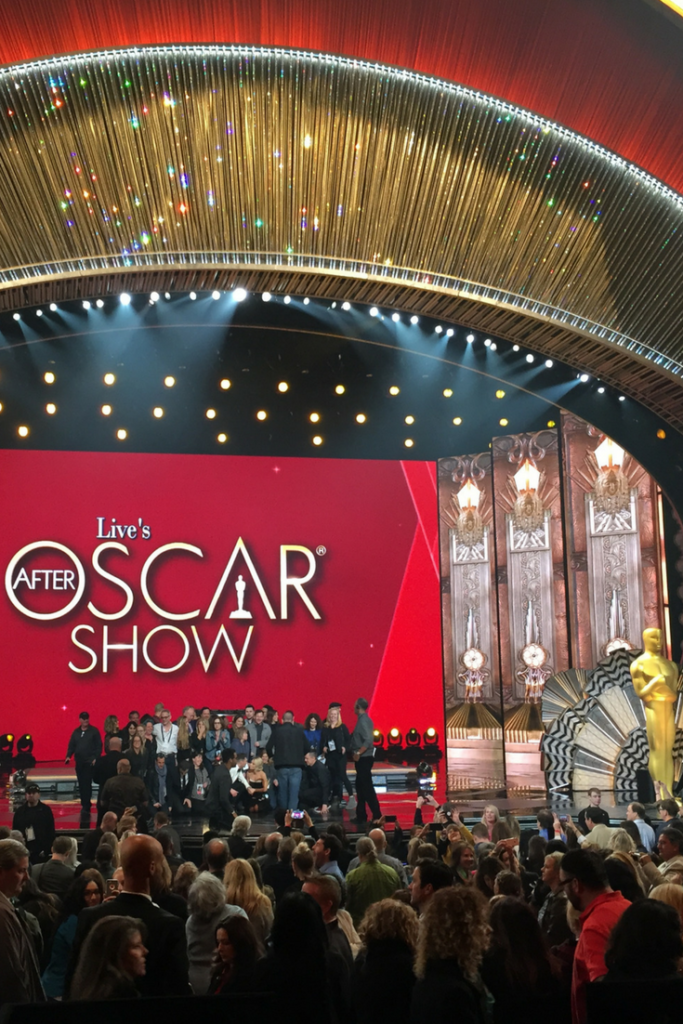 Would you like to be in the Dolby Theatre the morning after the Oscars? You can attend the After Oscar Show with Kelly & Ryan. You can read all about it here. 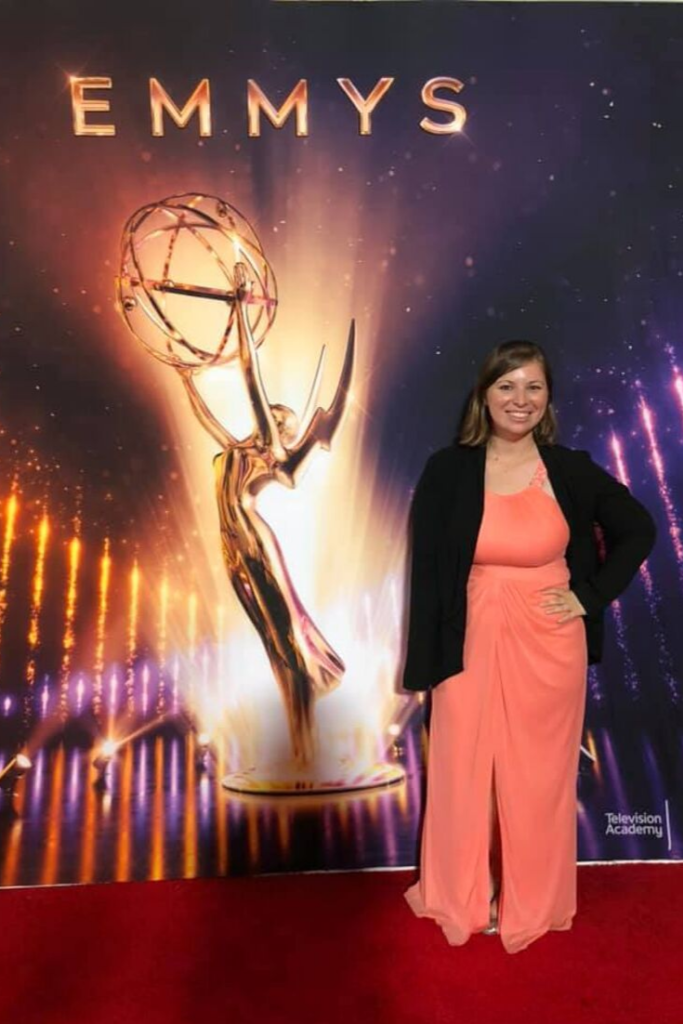 Unlike the Oscars which only lets fans be on the red carpet, at the Emmys you can be a seat filler. You can read about my experience at the Emmys here.