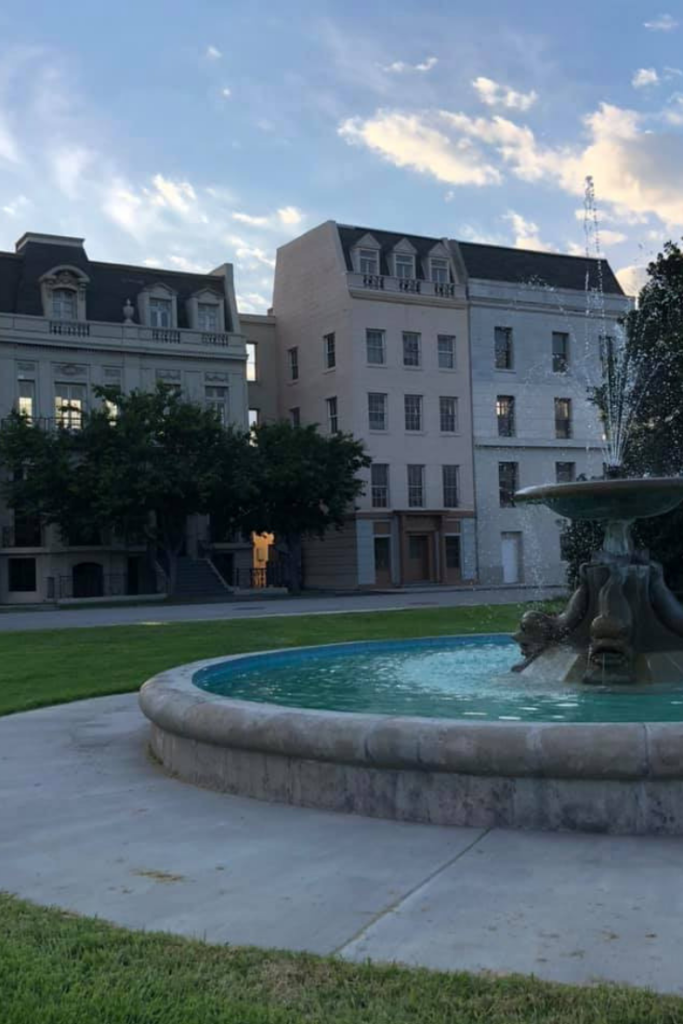 There is a “Friends” tour in New York City where they show a fountain that they claim is the original. It’s not. You’ll notice in the picture above that the facades behind the fountain are the same ones shown in the opening credits. I was very lucky to get to see this in its original spot while I was working at Warner Bros. Friends made this fountain famous so it was very disappointing that not many people could see it before. 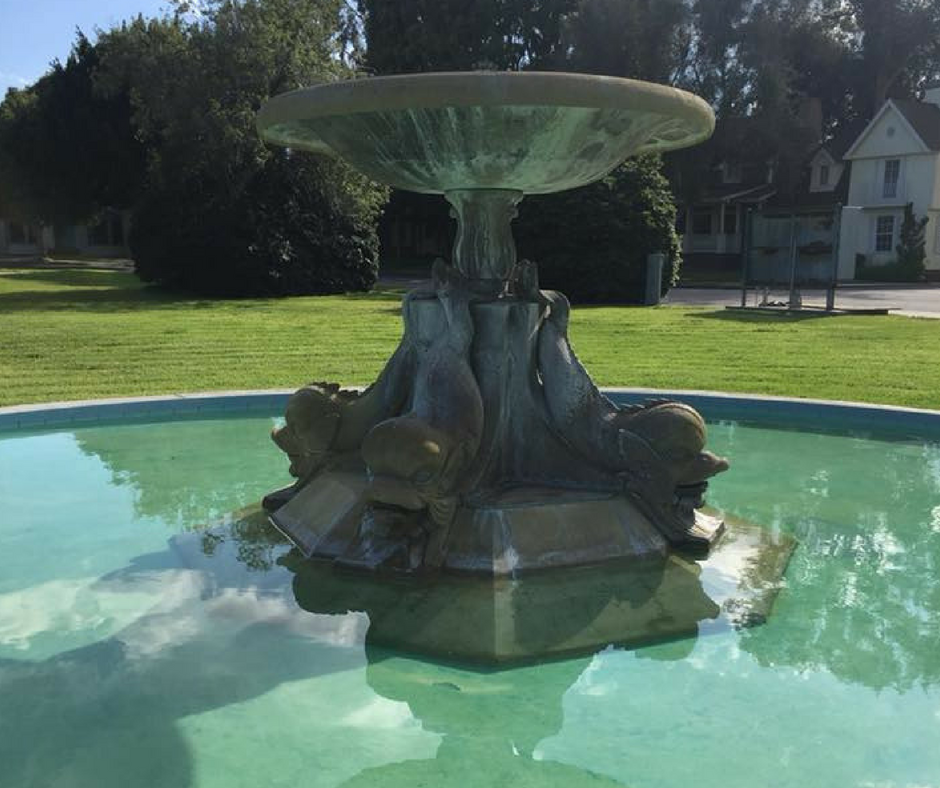 The photos above show how the fountain looked in its home at the ranch. Now, I’ll show the fountain in its new location. It is currently located in Embassy Court, one of the many backlots at Warner Bros. The fountain is positioned between the field where Ross played rugby as “Red Ross” and where Phoebe did her crazy run in Central Park? 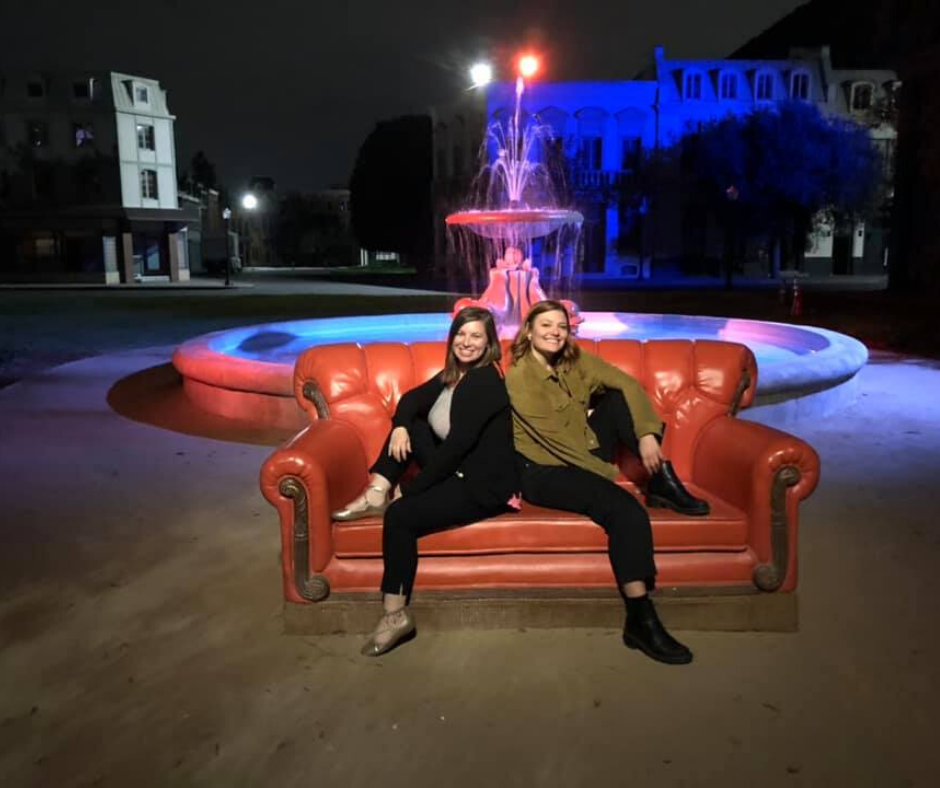 It looks really fantastic at night but I cannot wait to return in the daylight to see it as well.

Did you know that this same fountain is also in the movie Hocus Pocus? It has been used quite a bit throughout film & tv history but Friends and Hocus Pocus seem to be the two main things people notice the fountain from.

If you’re a big fan of Friends I highly recommend taking the Warner Bros Studio tour. Not only will you get to see a few backlots they used for the show but you can also visit the set of Central Perk. And they even have a coffee bean with Central Perk cups & everything! It is a Friends fan dream come true.