This past year I have been to four film festivals and I am looking forward to going to more because they have all been so much fun. Earlier this year I went to AutFest, the Newport Beach Film Festival, and the LA Film Festival. Last week I went to the 21st Los Angeles International Shorts Film Festival. As some of you know I am a big fan of Full House & Fuller House. John Stamos tweeted that he would be doing a q&a at the festival since he directed one of the shorts. I figured that attending the LA shorts film fest would be a great chance for me to meet John.

John Stamos directed a short film called Ingenue-ish which stars his girlfriend, Caitlin McHugh, and Josh Peck. Ingenue-ish was one of six shorts selected for opening night. Tickets for the opening night included access to the after-party which was great! Before the screening began several of the directors and actors walked the red carpet.

After John was finished taking pictures on the carpet I was finally able to meet him. I have seen John at several events over the year but have never had the chance to meet him. My interaction with Uncle Jesse was amazing! After the screening was over I met him again and had him sign my Jesse and the Rippers t-shirt. 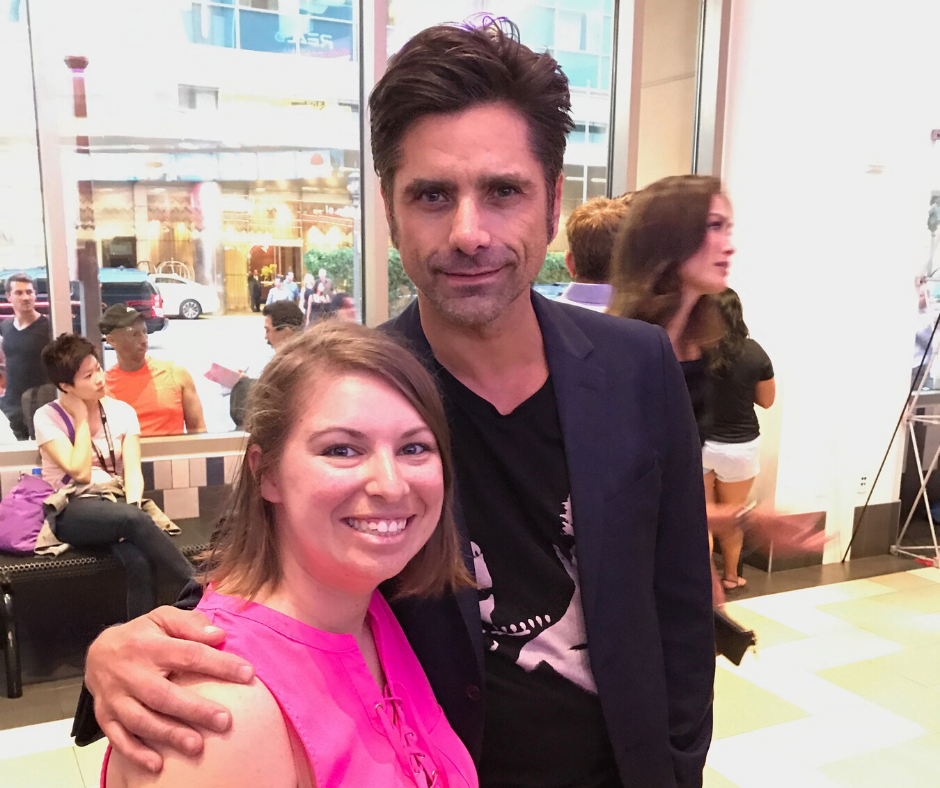 I didn’t know what to expect at the LA shorts fest. Opening night took place at the Regal Cinemas near LA Live in Downtown LA. Six short films were shown with a q&a with the directors and a few actors after. Other recognizable participants were Robin Wright, Matthew Modine, Michael Flatley, and Dean Cain.

Robin Wright (House of Cards) directed a short film called The Dark of Knight. She mentioned that a lot of people from the House of Cards worked on the short with her. It was a great experience because it gave several people the chance to try something new. This was Robin’s first time directing, her assistant is now a producer, and members of craft services were members of the art department. 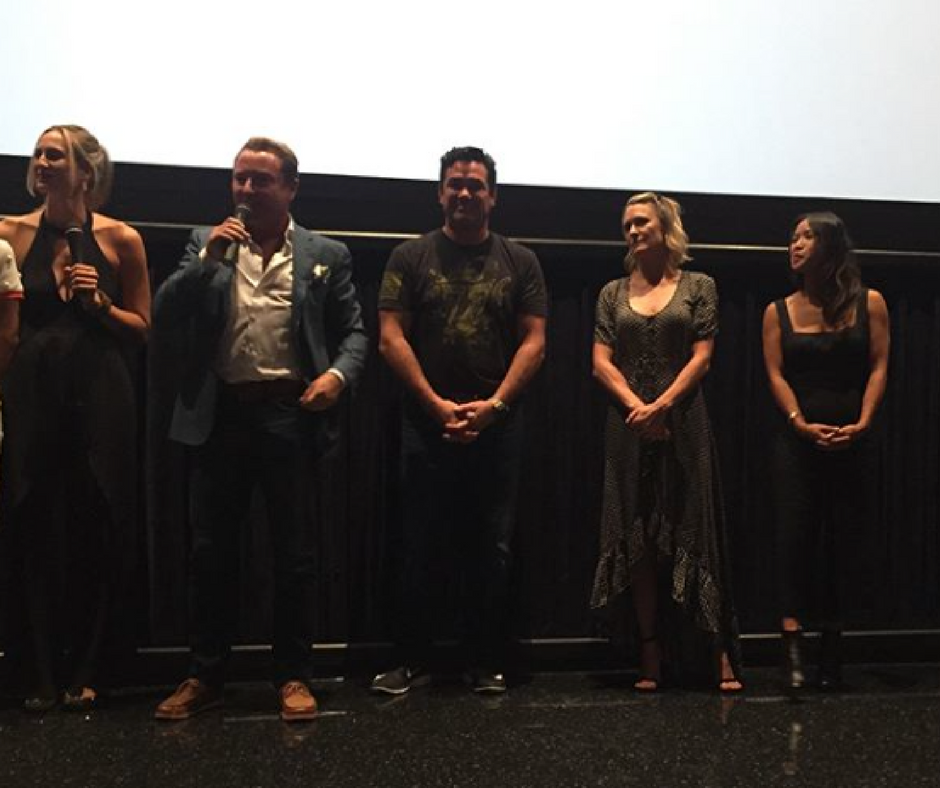 Matthew Modine from Stranger Things directed a short called Super Sex which was a hilarious and delightful film. The best part was a surprise appearance from actor Ed Asner who I was blessed with a chance to meet earlier this year at AutFest. Actor Dean Cain was in an emotional short called State of Ward. All six of the short films were well made and unique. As an actor and writer myself, the experience gave me a lot of inspiration.

Following the screening and the q&a, everyone went to Triple 8 for the after-party at LA Live. John Stamos was among those at the after party which made the night that much better for those who had not had a chance to meet him yet. The Los Angeles Shorts Film Festival is a great way to see great entertainment and meet people too. Not only did I get to meet John but I also got to speak with other people who attended the festival and hear their stories and experiences. This is a great way to network with other people in the industry. As far as film festivals go this one is quite affordable so I definitely recommend checking it out.