When Disney fans come to Southern California they are most likely heading to the happiest place on earth. Did you know that there are some great places for Disney fans to check out beyond the theme parks? Here’s a guide to LA for Disney fans. 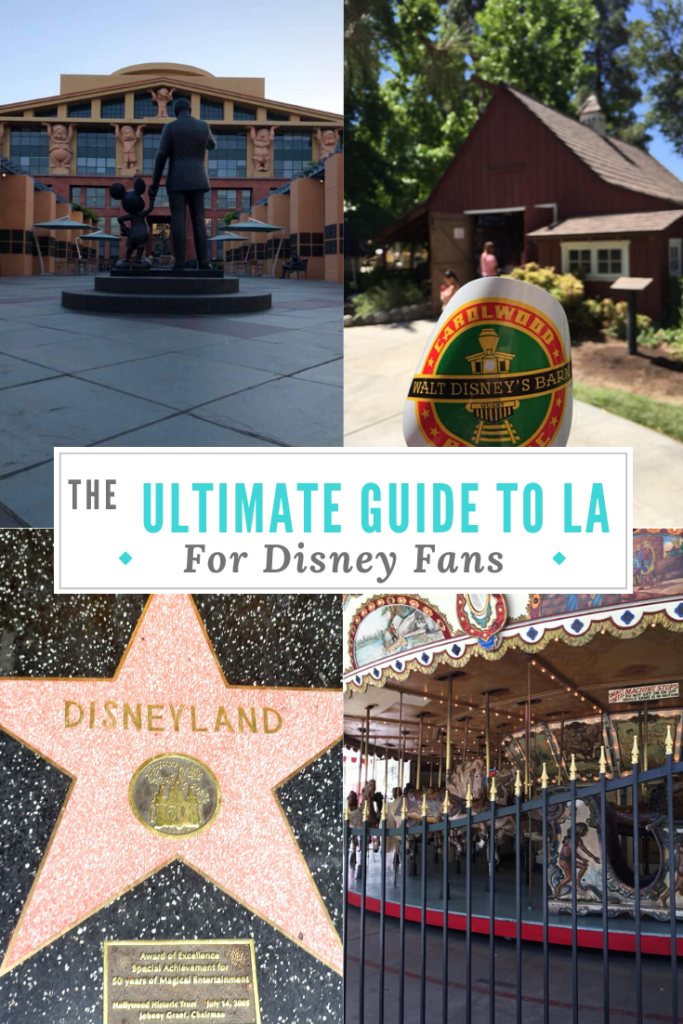 I am not going to mention Disneyland in this post as the goal is to share with you all of the other Disney-related things that you can do in LA. 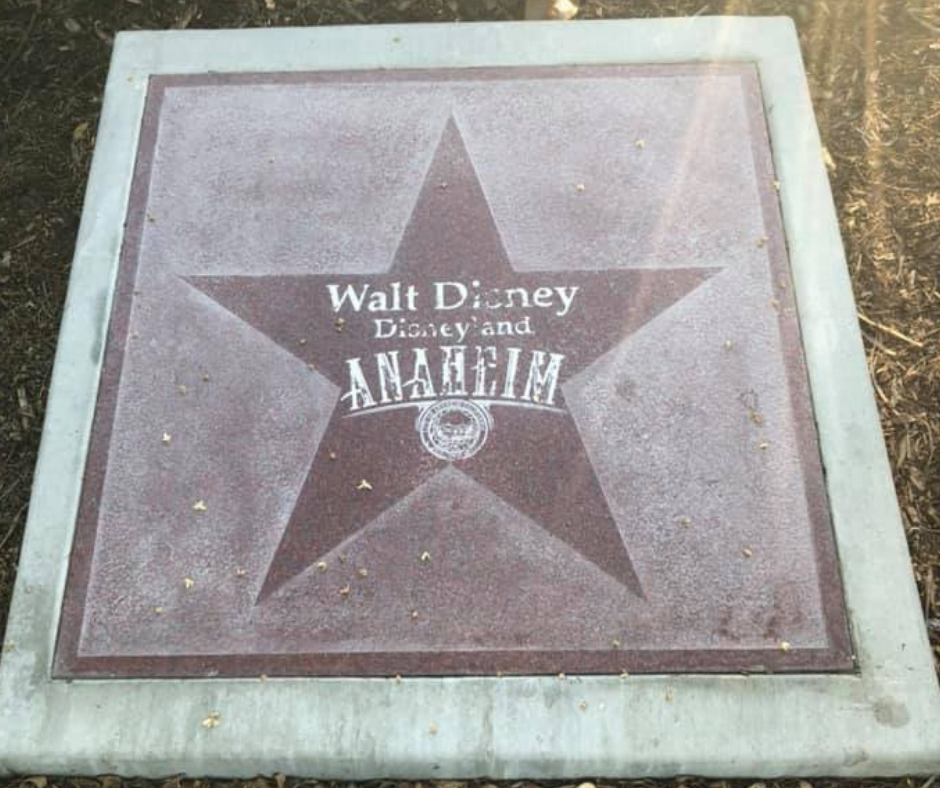 Located under the palm trees on the theme park side of Harbor Blvd and Disney Way you’ll find the semi-hidden Anaheim Walk of Stars. Not many guests know about these stars that honor legends like Walt Disney. If you want to stop for a quick picture you can park in the pizza press parking lot and cross the street. If you are interested in finding out about other hidden Walk of Fames in the LA area be sure to check out this post.

The El Capitan Theatre in Hollywood 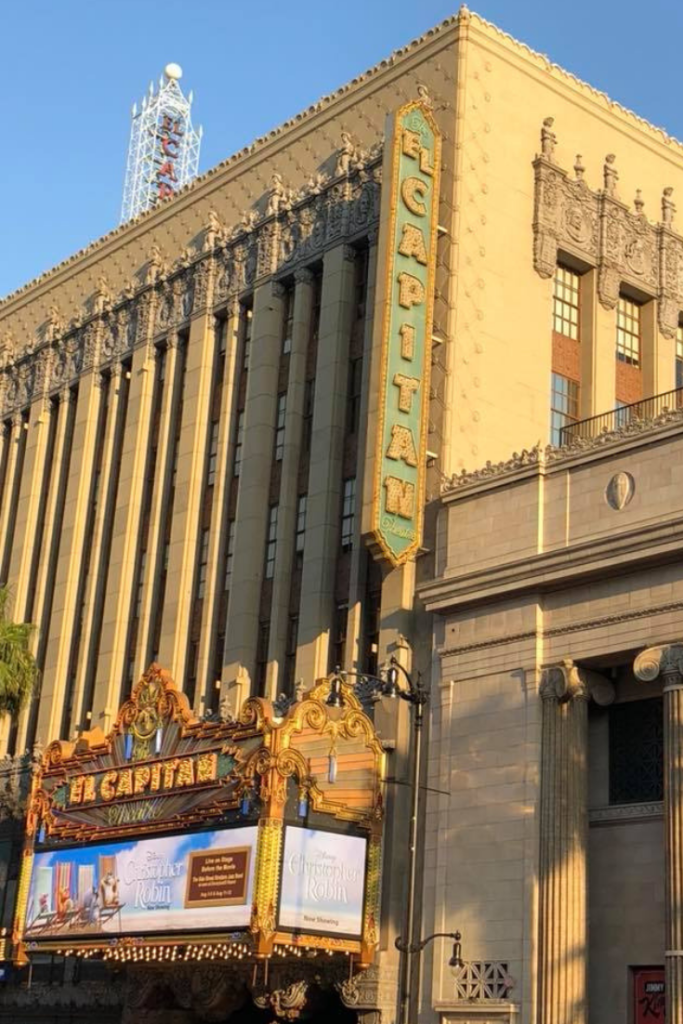 One of the many reasons that the Walt Disney Company has had a lot of success over the years is their attention to detail. Disney tends to take an average idea and turn it into something memorable and magical. The El Capitan theatre in Hollywood, California is no exception. Since the theatre is owned by Disney this is the place to come and watch a new movie. Or on occasion an older movie for a special night.

El Capitan is a theatre with something special to offer for every movie. When I saw Frozen here they made it snow during the movie. They go above and beyond when it comes to your movie experience. Stop in the gift shop for some Ghiradelhi ice cream. Don’t miss the Disneyland star on the walk of fame right outside the entrance to the gift shop. The theatre is also home to almost every single red carpet premiere of a new Disney movie. Members of D23 or lucky winners of a radio contest are usually able to attend the premieres.

You can currently find discounted tickets on Goldstar to see Sleeping Beauty at El Capitan. 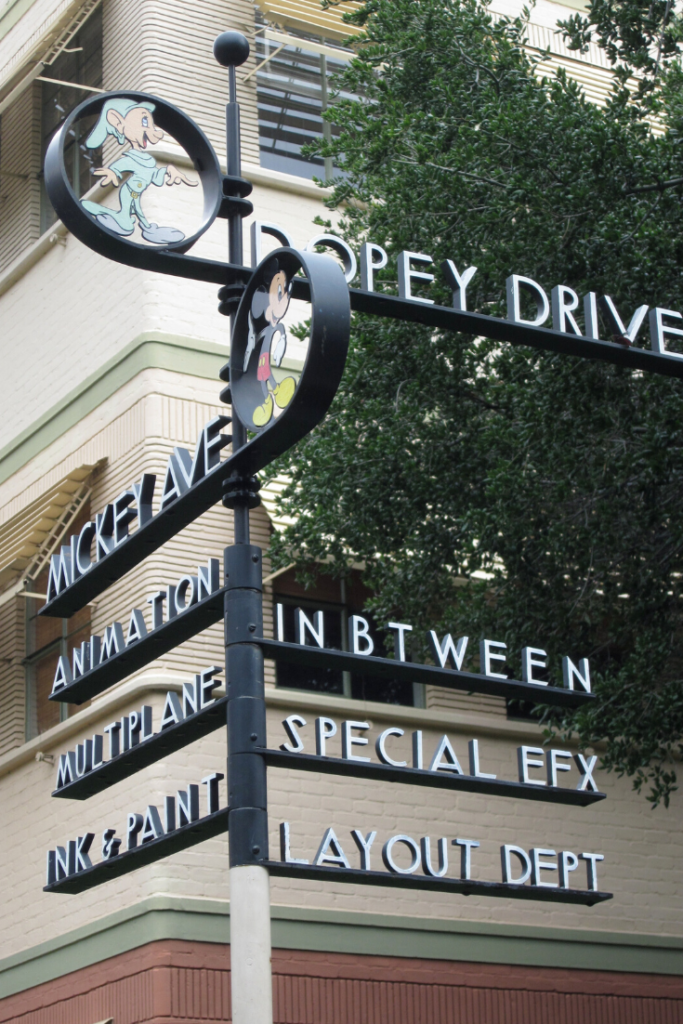 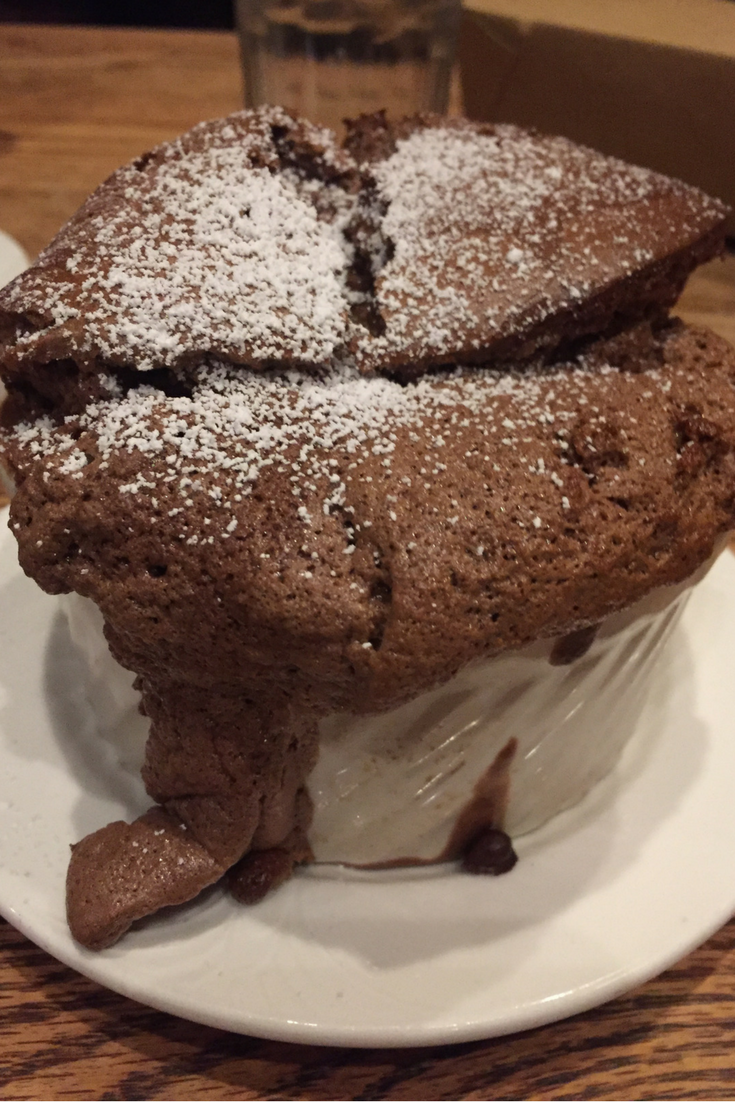 Tam O’Shanter makes the list because this was one of Walt Disney’s favorite places to eat. Disney fans love to visit this place and request to sit at table 31 which was Walt Disney’s table. You can read all about my experience dining at the Tam O’Shanter here. 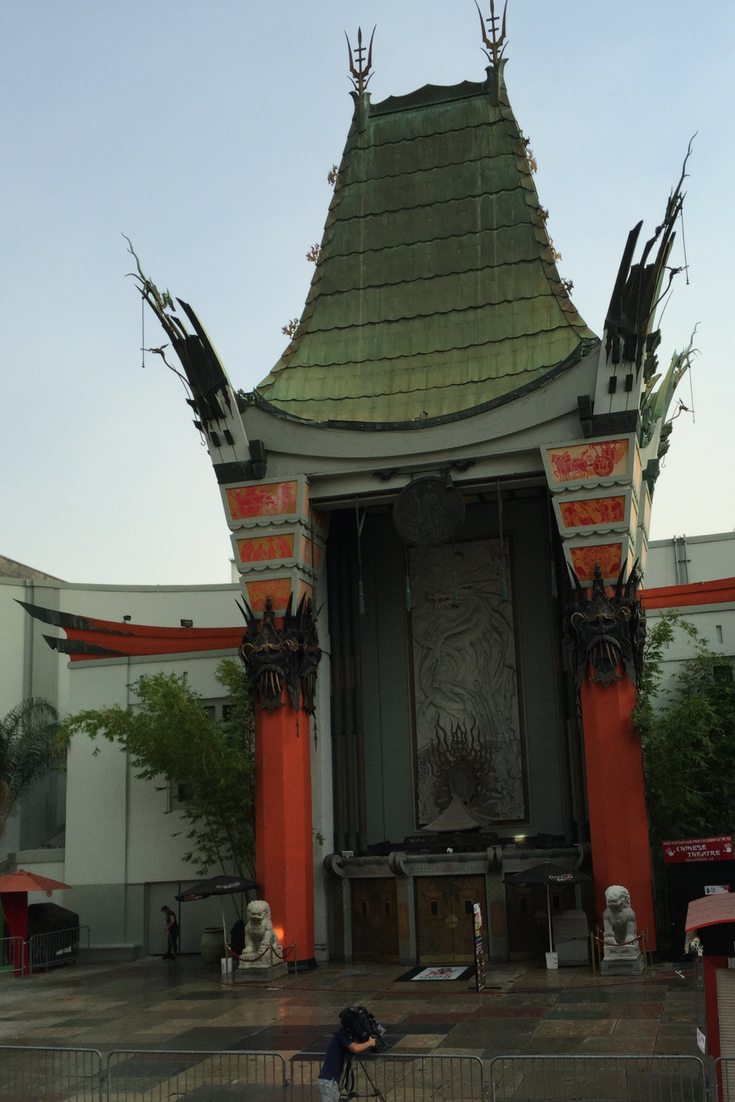 Across the street from El Capitan on Hollywood Boulevard is the TCL Chinese Theatre. This is the theatre where the premiere of Mary Poppins was held. The theatre can be seen on the big screen in Saving Mr. Banks. When in Hollywood this theatre is great to visit to see the hand & footprints of celebrities. If you have time I recommend seeing a movie at the main theatre.

Did you know that you can attend tv show tapings for free? Attending a taping for one of the shows on Disney Channel is a great chance for your family to see actors up close. Plus, most of the Disney shows will let you take photos with cast members after the tapings. I had a great time at a Girl Meets World taping back in 2014. 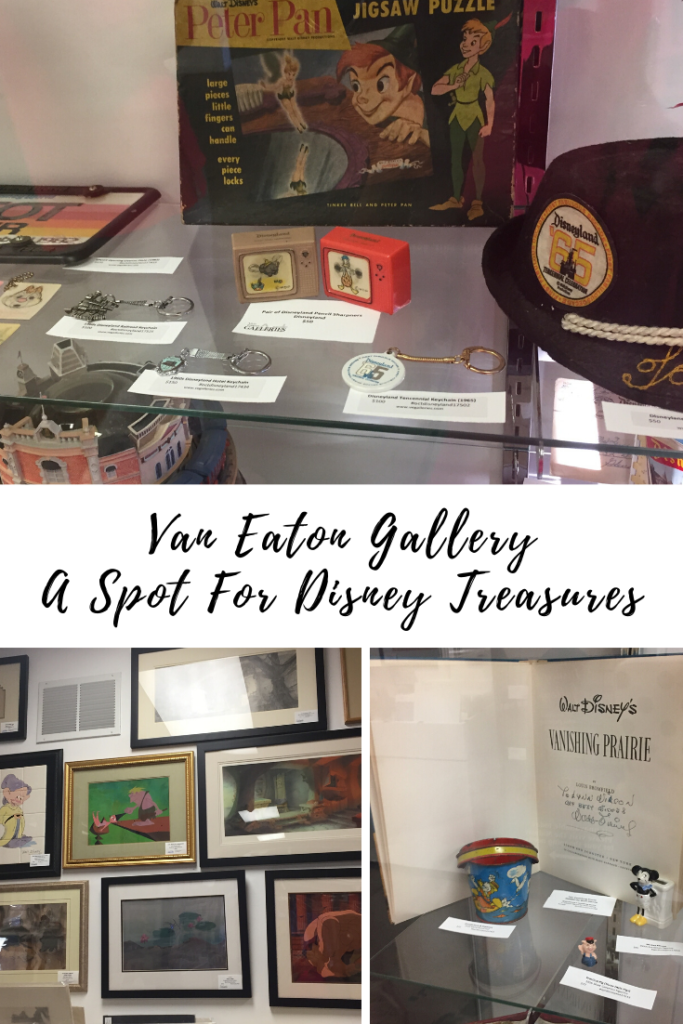 The Van Eaton Gallery in Sherman Oaks sells Disney treasures from the past and present. Even if you don’t want to buy anything it is really cool for Disney fans to come in and see all that they have to offer. Previously, they helped host the That’s From Disneyland pop up which was incredible! 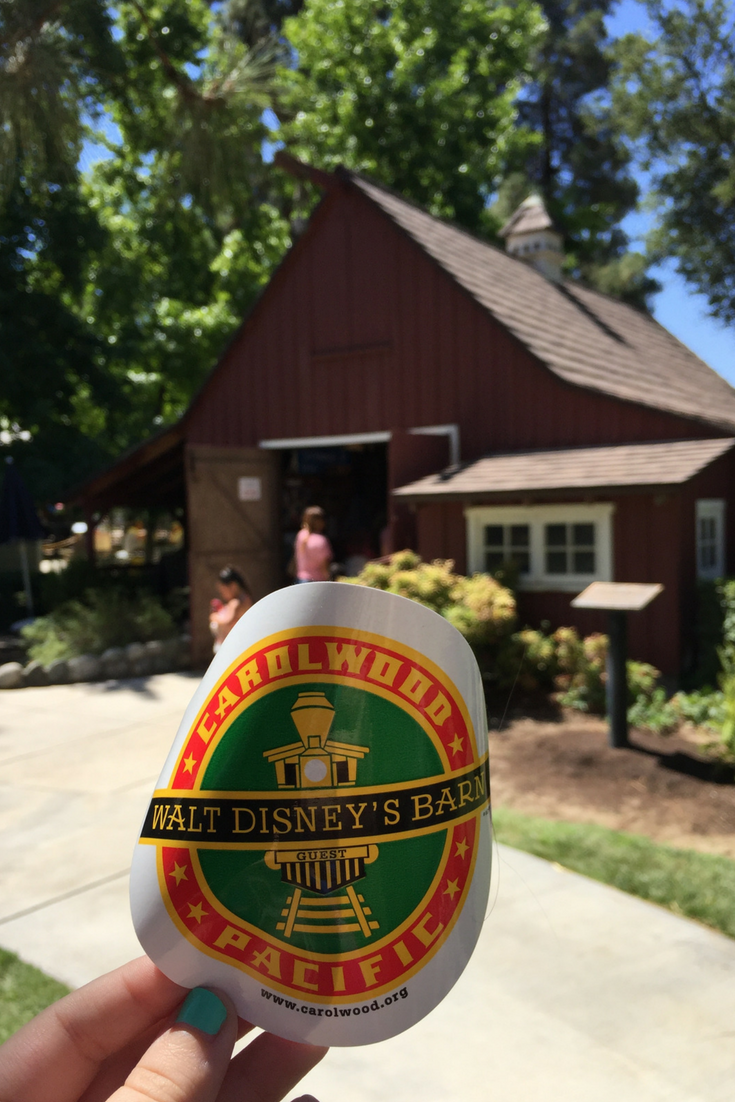 On the third Sunday of each month, Walt Disney’s barn is open to the public. Admission and parking are free which is a rare find. Take some time looking at the memorabilia inside the barn. You never know when an Imagineer will stop by. 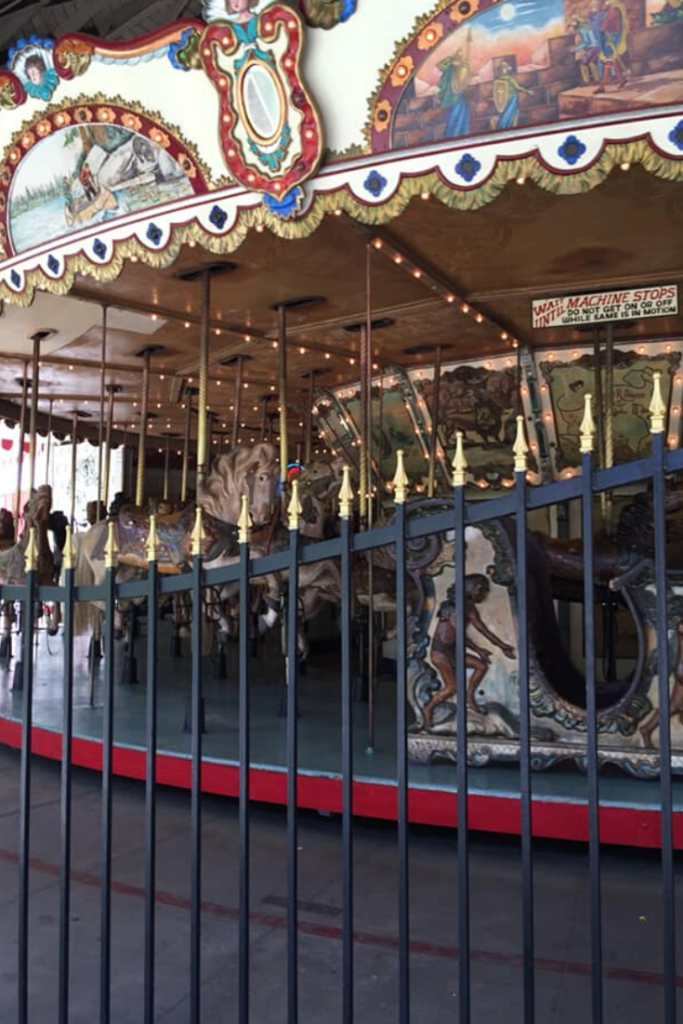 If you go to Walt Disney’s Barn I recommend driving down the street to the Griffith Park Merry-Go-Round. It was at this merry-go-round that Walt came up with the idea for Disneyland. You can read about visiting the barn here. 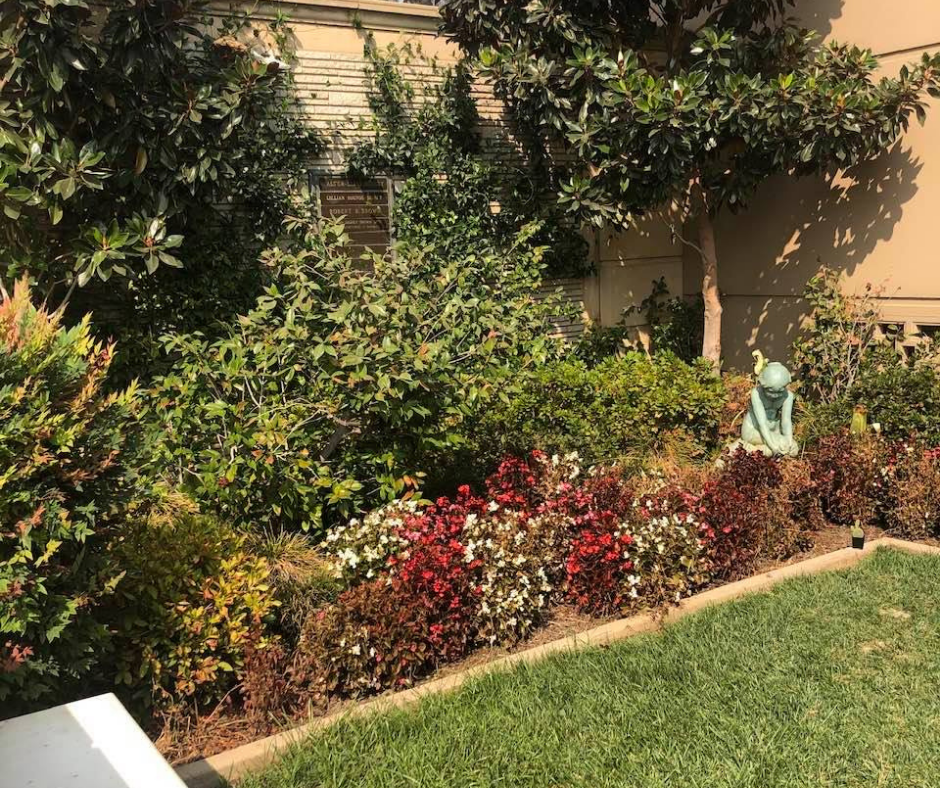 Walt Disney’s Grave is located at the Forest Lawn Cemetery in Glendale. It is not hard to find as long as you have good directions to guide you there. You can not get too close to his grave as the area that he is buried in is a gated garden that is locked. Please use an online map to get an idea of where the Court of Freedom is. The location of his grave is: Court of Freedom Section, Garden of Freedom, Map #G43, the Little Garden of Communion (Small private garden to the left of the entrance to the Freedom Mausoleum) 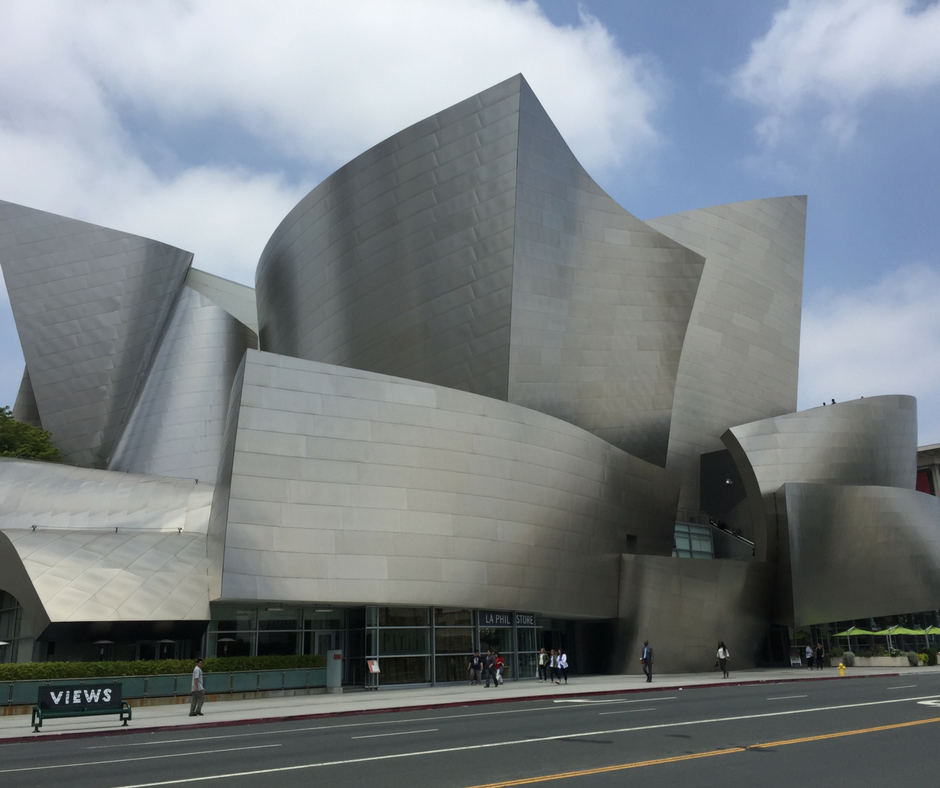 Members of the Disney family helped build the Walt Disney Concert Hall in downtown LA. The outside of the building is stunning. Tours of the concert hall can be taken at various times throughout the week. For more information click here. 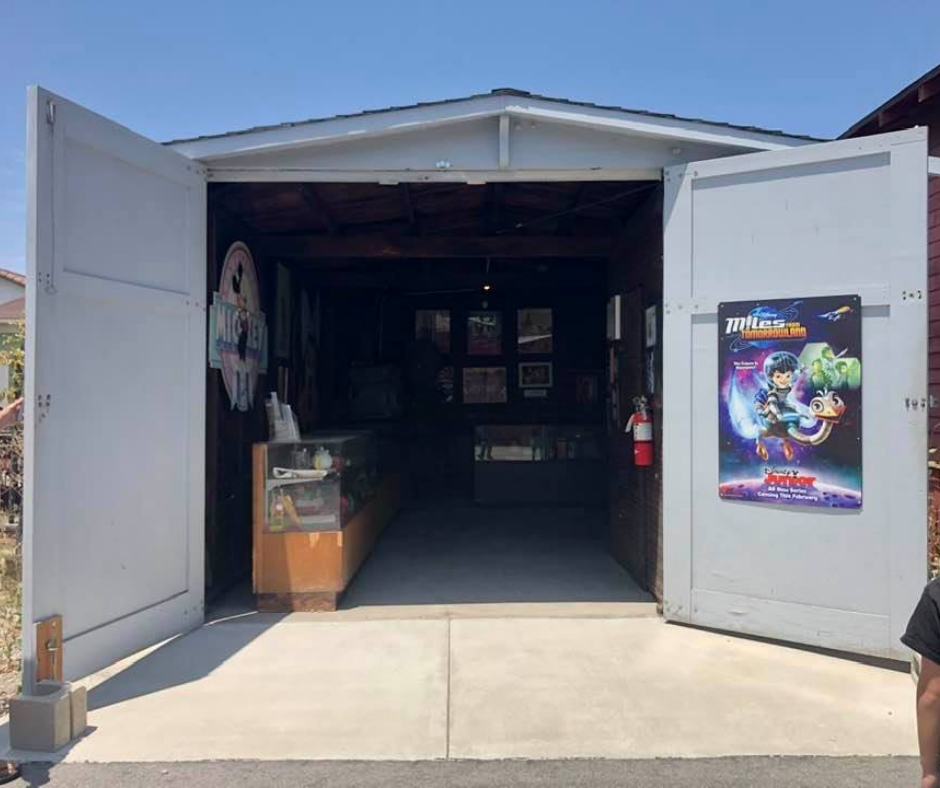 Walt Disney’s Garage can be viewed as part of a tour at the Stanley Ranch Museum in Garden Grove. Walt Disney worked from this garage that belonged to his Uncle Robert. When Walt first moved to LA he rented a room from his Uncle for $5 a month and paid $1 to rent the garage. It is filled with Disney memorabilia. After the house was sold the group “The friends of Walt” moved the garage to the museum in Garden Grove. Tours take place on the 1st and 3rd Sunday of the month. The cost is $5 per adult. 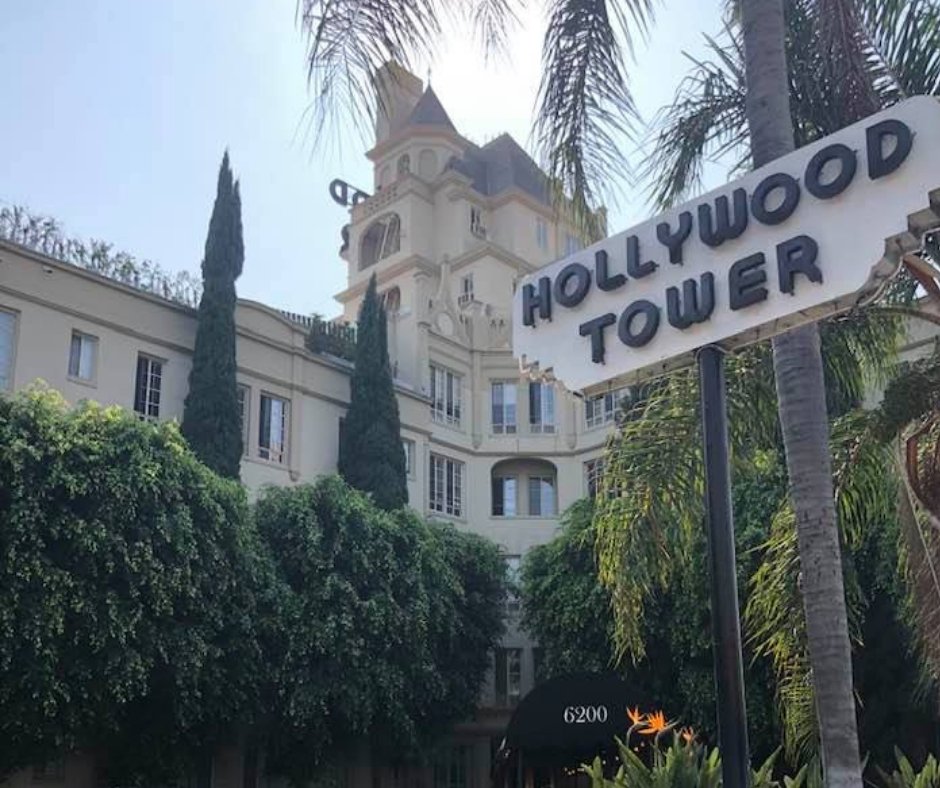 This building was one of many locations in LA that served as inspiration for the Hollywood Tower of Terror attraction.

Join former Imagineer Bob Gurr who has helped create some of your favorite attractions as he takes you on a tour of Disney spots throughout Los Angeles! You can find out more information on his website here. 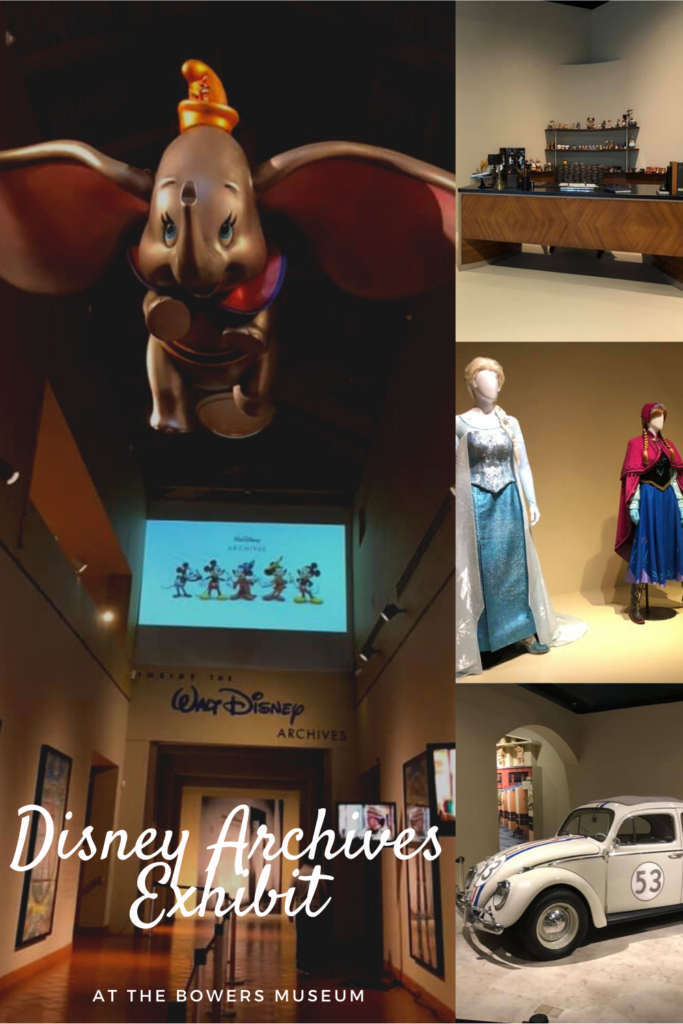 For a limited time in the fall of 2020, you can visit the Bowers Museum in Santa Ana to see the Disney Archives Exhibit.