On the third Sunday of every month, from 11am to 3pm, the public is welcome to visit Walt Disney’s barn. This barn came from Walt Disney’s very own backyard. It was a place for him to work on things and to spend time with friends. When Disney’s home was sold his daughter Diane saved the barn. The barn is currently located at Griffith Park in Los Angeles. 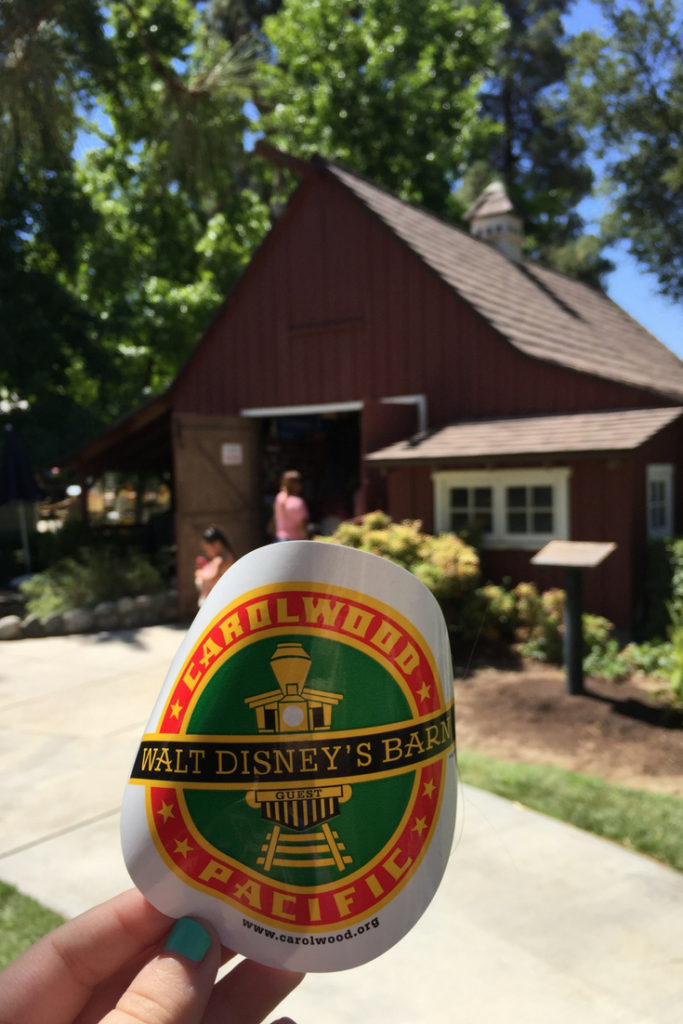 Walt Disney’s Barn is supported by the Carolwood Society. Walt used to have a small railroad in his backyard which he named after the street they lived on which was Carolwood Drive. When Diane saved the barn she reached out to the founders of the Carolwood Society. Thanks to their efforts and care this piece of Disney history is made available for everyone to see for no charge. Donations are gladly accepted to help keep the barn open.

If you enjoy Disney history Walt Disney’s Barn is worth visiting. The barn is not very big but it is full of special and unique pictures and memorabilia. As a former Tour Guide at The Disneyland Resort, this place has a lot of meaning for me. I spoke about this very barn and of Walt’s love for trains on guided tours. It was exciting for me to get to see this place in person.

All of the fascinating things inside of Walt Disney’s Barn remind me of the Walt Disney Family Museum in San Francisco. There are items in here that you would not be able to see anywhere else. The volunteers are very happy to share their knowledge and answer any questions that you might have. It can get crowded inside the barn and it does become very warm. However, I stayed in the barn for quite a while so that I could read about some of the items I was looking at.

Another great reason to check out Walt Disney’s Barn is to see Imagineers. What’s an imagineer? They are the Disney engineers who create the beloved attractions for the Disney parks. A lot of retired imagineers can be found at the barn for events. You never know who you might see here.

Surrounding Walt Disney’s Barn is a 1/4 scale railroad just like the one Walt had in his backyard. Rides are complimentary. All you need to do is walk down the street to the Los Angeles Railroad spot. This closes at 3pm as well so plan accordingly.

Just a reminder that both admission and parking is free. Do you know what else is in Griffith Park only a few miles away? The Griffith Park merry-go-round. Walt used to bring his daughters Diane & Sharon here. He sat on a bench while watching them ride the merry-go-round. It was here that he came up with the idea for Disneyland!

Looking for other Disney places to check out in LA? Read my Guide to LA for Disney Fans.