Earlier this week I had the opportunity to attend the 2017 People’s Choice Awards as a seat filler. This was my third time to be a seat filler at the show. It is always a fun experience for me and I love being able to invite a friend to go with me. Did you know that this is one of the award shows that fans can attend? You can buy a ticket or you can go for free as a seat filler like I did. Ticket prices range from $55-$715 plus you have to pay for parking. Seat fillers get into the show for free and are provided with free parking. 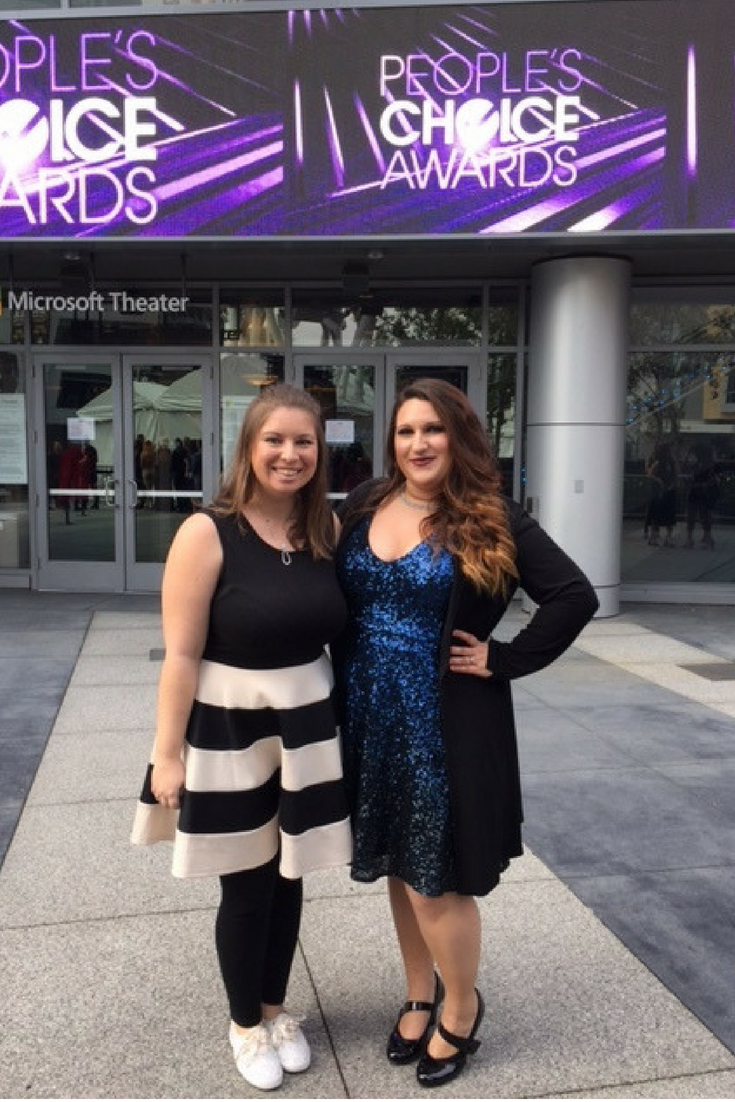 How do you become a seat filler?

It varies depending on the show. For the People’s Choice Awards you can sign up to be a seat filler through Gotham Casting. They receive more sign up than the number of people that they can accommodate. I recommend trying to be a seat filler first. If they don’t pick you but you still want to go to the show you can always buy a ticket.

Seat fillers help to make sure that the audience always looks full. If someone gets up to use the restroom or accept an award a seat filler is always there ready to take their seat. Depending on where you sit you might find yourself next to one of your favorite actors. My friend and I were placed on the far side of the audience and never had to move once. We had the same experience as those around us who had bought tickets.

My biggest tip to future seat fillers is to arrive early and ask if they are letting seat fillers go to the red carpet.

My Experience on the Red Carpet:

While it was my third time attending the show it was my first time on the side of the red carpet. I am very thankful that my friend asked if we could do the red carpet. There was a very small number of seat fillers that were selected to do this. I was in the second row of people so I had a little bit of a difficult time taking pictures and trying to meet people. However, it was amazing to people watch. Once the stars started arriving it felt like everywhere I looked I saw someone that I recognized.

The picture above shows some of the people I saw on the red carpet. In the top, left corner of the picture is Peyton List from Disney Channel shows as Jessie & Bunk’d. The top middle is Chris Sullivan who plays Toby on This Is Us. In the top right corner was the host of the show Joel McHale. In the bottom left corner is Jodie Sweetin from Fuller House.  Andrea Navedo who plays Xiomara on Jane the Virgin is in the middle picture. The bottom right corner is James Pickens Jr., who plays Dr. Webber on Grey’s Anatomy. Some of the other stars I saw on the red carpet were: Tom Hanks, Jennifer Lopez, Kristen Bell, Dax Shepard, several cast members from Grey’s Anatomy, and cast members from Fuller House.

A few times I was able to find a gap in-between people to squeeze in and take a few pictures with the stars. I was excited to meet Kunal Nayyar who plays Raj on The Big Bang Theory. Even though the picture is blurry I was also very happy to get to meet Blake Lively. Watching the red carpet for events in person is truly an interesting experience.

My Experience During The Show:

When the red carpet ended we were led inside the Microsoft Theatre where the show was taking place. The show had just started when the red carpet ended so we weren’t allowed inside the theatre until the first commercial break. We were taken up the side of the first sections of seats and told to take any of the open seats. Our seats were behind one of the camera stations so it wasn’t the best view. Honestly, I was completely okay with that. Even though it is nice to have a great view I was just excited to be there.

They never had my friend and I move which meant that we got to enjoy the show together. When you and your friends are seat fillers there is no guarantee that you will sit together. Some people have to move throughout the show to help fill in seats all over the front section. Others are blessed with a great seat that they never have to leave. One of my friends had a front-row seat throughout the entire show.

While I really enjoyed the show I thought a lot of the bits that the presenters did fell flat. It’s rare that I think the bits presenters do at any awards show are good. Some of the speeches felt a little too long even though a lot of what the stars had to say was good.