Yesterday I attended my first-ever AFI Fest event. What is AFI Fest? AFI is the American Film Institute located in Hollywood, California. AFI Fest is an annual international festival with screenings, red carpet premieres, panel discussions, and tributes. The festival is a great way for film lovers and fans to come face to face with directors, actors, and special guests. 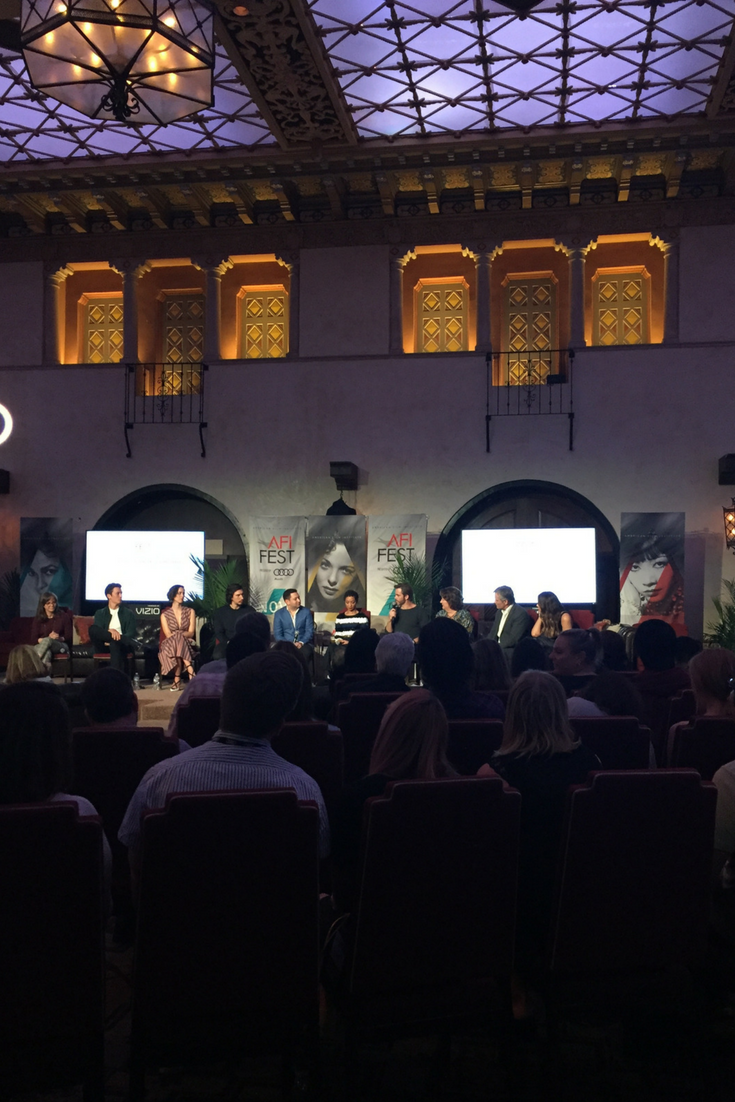 One of the best parts about AFI Fest is that they give out tickets for free. If you want to guarantee that you make it into an event you can purchase an express pass. Last year I had free tickets to a q&a with Johnny Depp but I was unable to attend. This year I was able to get free tickets to the AFI Fest Indie Contenders roundtable discussion. The event was held at The Roosevelt Hotel in the room where the very first Academy Awards were held.

Scott started off the discussion by asking what the budget was and how many days the movie was filmed in. We hear a lot about big-budget studio films that take over six months to film. Sally answered first sharing that the budget for Hello, My Name is Doris was $1 million dollars and that it was shot in three weeks. I know that $1 million dollars is a lot of money but when it comes to making a movie it really doesn’t add up to much.

Later on in the discussion, Sally added that when a movie is made for $1 million dollars there isn’t much of a budget for distribution. This event really opened my eyes up to the fact that some of the best movies every year don’t make it every movie theatre which limits who sees it.

There have been times where I have seen a preview for a movie and have had to drive several cities away to get to see it. However, not everyone is willing to put that much effort into seeing a movie. When you can support independent films by seeing them please do. Anyways, it was very interesting to hear the different budgets, all of which were small, and how short the shooting schedules were.

I knew very little about the movies that were being discussed. I had seen previews for the movies with Sally, Kate, Margo, and Ruth. As of now, I have not actually seen their movies though each actor left me with interest in seeing their movie. Miles shared about the intense training for his movie about a boxer. For the role, Miles had to get down to 6% body fat. That is just the physical transformation he had to make. He also learned how to box so that he could look convincing and then worked on acting like the man.

One thing that Viggo touched on that was echoed by Kate, Sally, and some others is the fact that as an actor you can only do the roles you are offered. A lot of them have been asked by people over the years “why haven’t you do a role like that or why weren’t you in that movie?” Actors don’t have unlimited access to any role or casting director that they wish. Everyone on that stage has more options and access than I do since I am still just trying to get my foot in the door as an actor.

This is an industry that is so unique and unlike any other and this conversation was such a reminder of that. I love listening to these discussions both as a fan and as someone pursuing an acting career. I wish I could have recorded the entire event to share with you.

This is just one example of the types of events that AFI Fest offers. It takes place in Hollywood each November so you might want to start planning ahead for next year. The free tickets were made available on a first-come-first-served basis starting November 1st. I follow AFI Fest on twitter so that I could know each time a batch of free tickets was made available. They release them over a few days instead of all at once.

I saw Sally Field outside of the hotel after the event and was able to get a picture with her. It was such a blessing to get to hear her speak. She is so spunky and hilarious! Her talent is still just as strong as ever.