I have the biggest smile on my face as I write this post. Meeting Matt LeBlanc has left me positively glowing! As some of you know I am a big fan of Friends so anytime I have a chance to meet one of the cast members it is a huge deal for me. If you’re also a fan of Friends you might want to read this post to find out how you can see the Central Perk set. Are you wondering how I got to meet Joey Tribbiani? The Paley Center in Beverly Hills, California hosted an event with the Episodes Showtime cast which included Matt. David Crane, a creator of Friends, was also in attendance. The Episodes event at the Paley Center included an advanced screening of the first two episodes of the final season of the show. Following the screening, Matt and David came out for a q&a with Kathleen Rose Perkins, Mircea Monroe, and Jeffrey Klarik. My first visit to the Paley Center a few years ago was a disaster. However, after having a great experience at the People’s Choice Nominations event last fall and an incredible experience at the Episodes event I can now highly recommend attending events here. The Paley Center offers fans a chance to get up close and personal with cast members from some of their favorite tv shows.

Before this event, I had never seen Episodes on Showtime. However, since I am a big fan of Friends I could not pass up the chance to see Matt. My friend Bruno and I got to the center early so that we would be able to get a seat close to the front. The two episodes that we watched had Bruno and I a little confused since we are unfamiliar with the show. During the q&a so much information was shared that it helped fill in some of the gaps. 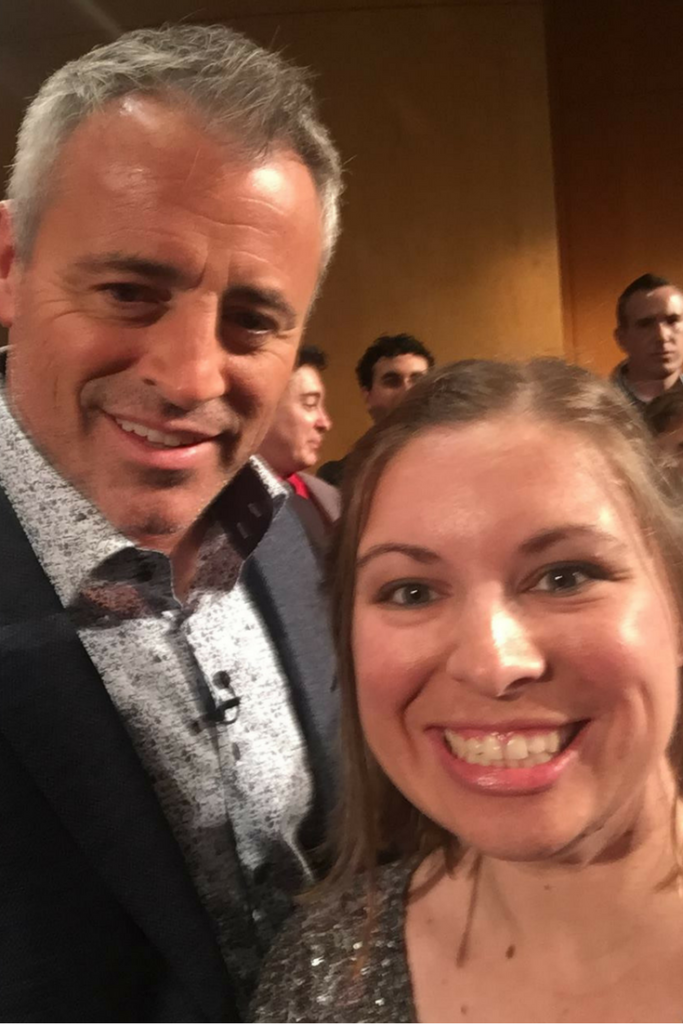 Several people in the audience were big fans of the show and are very upset that it is ending. Both David and Jeffrey shared that they like to leave a party while people are still saying “oh I wish they weren’t leaving”. It is always great to end while people still want more instead of overstaying your welcome. Throughout the q&a Matt charmed the crowd and had people cracking up. He is one of the most charismatic people I have ever encountered. Following the q&a everyone who wanted to had a chance to meet Matt LeBlanc which was a dream come true for me. Matt was so kind to not only take a selfie with me but also took the second picture with me on my Instax mini and then autographed the picture. If that wasn’t enough he also autographed my Central Perk mug. David Crane also signed my mug which was very special for me as well since he helped create Friends which is one of my favorite tv shows of all time. I am really happing that I got to attend this event with the Episodes Showtime Cast.

If you’re a big fan of Friends you might want to make time to visit the Central Perk set over at the Warner Bros Studio Tour.