Earlier this week I attended one of the best events of 2017. Awards season is just around the corner here in Los Angeles so the television networks are working hard to make sure that their shows are in the mind of Emmy voters. That means a lot of FYC (for your consideration) events are taking place around town. At the FYC event my friend Bruno and I were able to meet the cast of This Is Us which was the cherry on top of a fantastic evening.

The event took place at Paramount Studio in Hollywood. FYC events give guild members a chance to listen to the cast and crew of a tv show and watch an episode or clips from a show so that they can make informed decisions when they vote for the Emmys. Non-guild members can attend the event as long as they sign up for tickets. However, priority is given to guild members so there is a chance that non-guild members will not get into the event.

Are you curious why This Is Us is getting so much buzz? Catch up on Season 1 here. 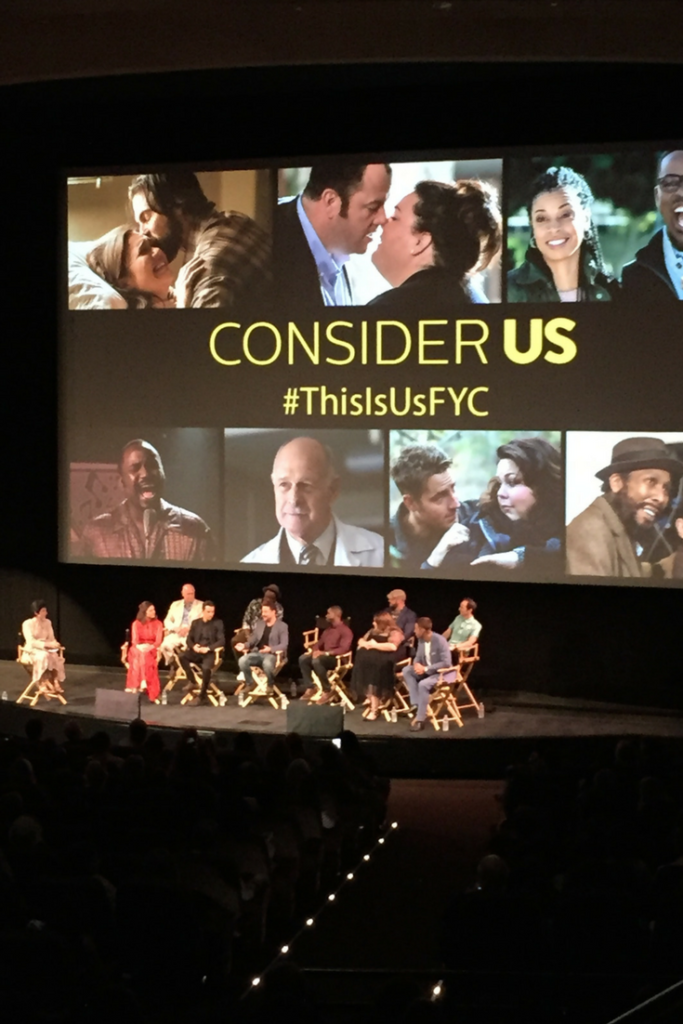 The FYC events that I went to earlier this year for The Crown and 13 Reasons Why were a little different from the This Is Us FYC event. At the other events, the audience watched the nominated episode and then listen to the cast and crew talk about it. The This Is Us event focused more on the characters instead of an episode. The audience watched several clips and listen to the actors that were in the clip talk about what we saw. Creator Dan Fogelman also talked after every clip. 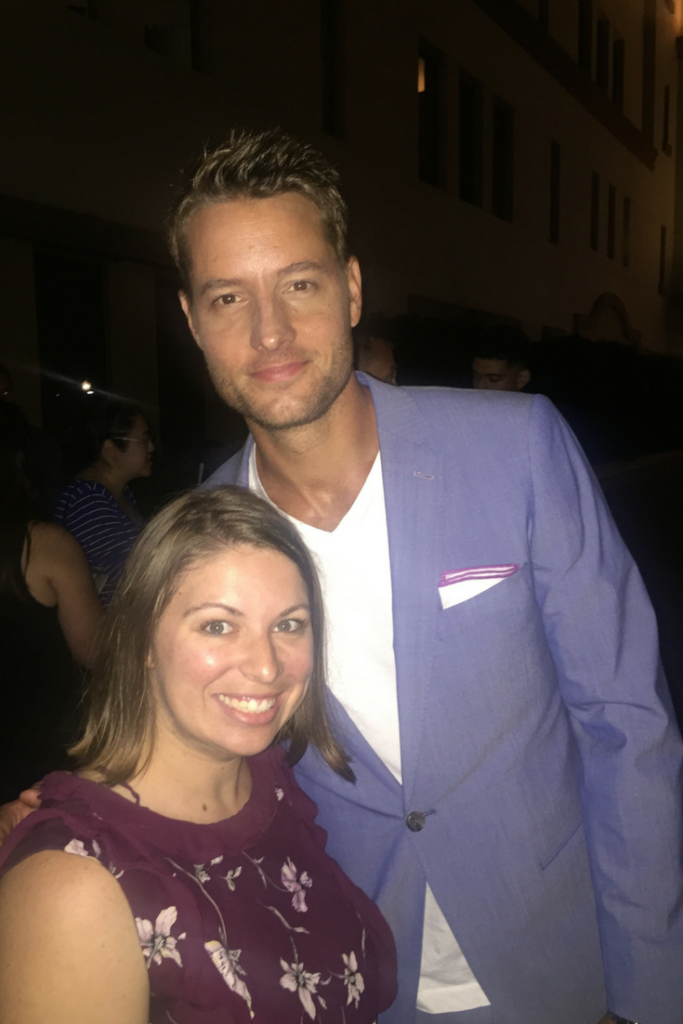 The This Is Us cast members that were in attendance were Gerald McRaney, Ron Cephas Jones, Milo Ventimiglia, Mandy Moore, Sterling K. Brown, Chrissy Metz, Justin Hartley, Chris Sullivan, Susan Kelechi Watson, and Denis O’Hare. The first clip that we watched was from the pilot episode with Gerald and Milo. It is a moving scene that sets the tone for the show. Gerald and Milo are in the hospital talking about losing a child. 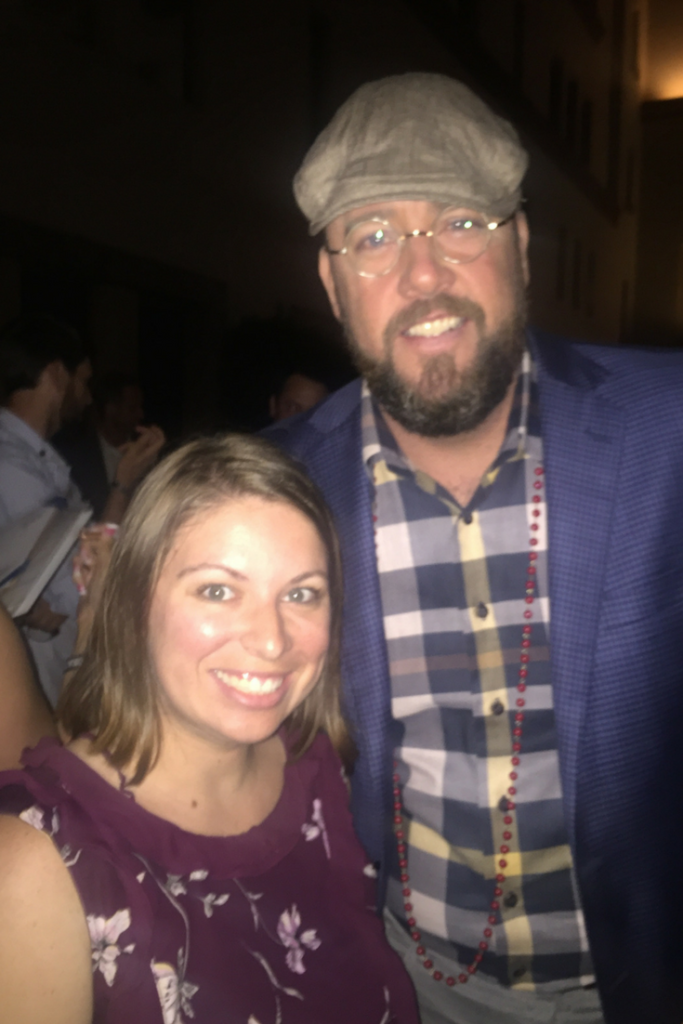 Ever since the pilot episode of This Is Us aired last fall I have been hearing about the show all over social media. So many people are impacted by the show emotionally and it was so sweet to hear that the cast has the same reactions. Something that kept coming up over and over again during the q&a is what beautiful words Dan comes up with. One of my favorite scenes from the show is when Justin explains a painting he made to his nieces. Dan shared that even though his wife does not allow props from his projects to be used a decor in their home he put his foot down and has the original painting hanging up in his home. 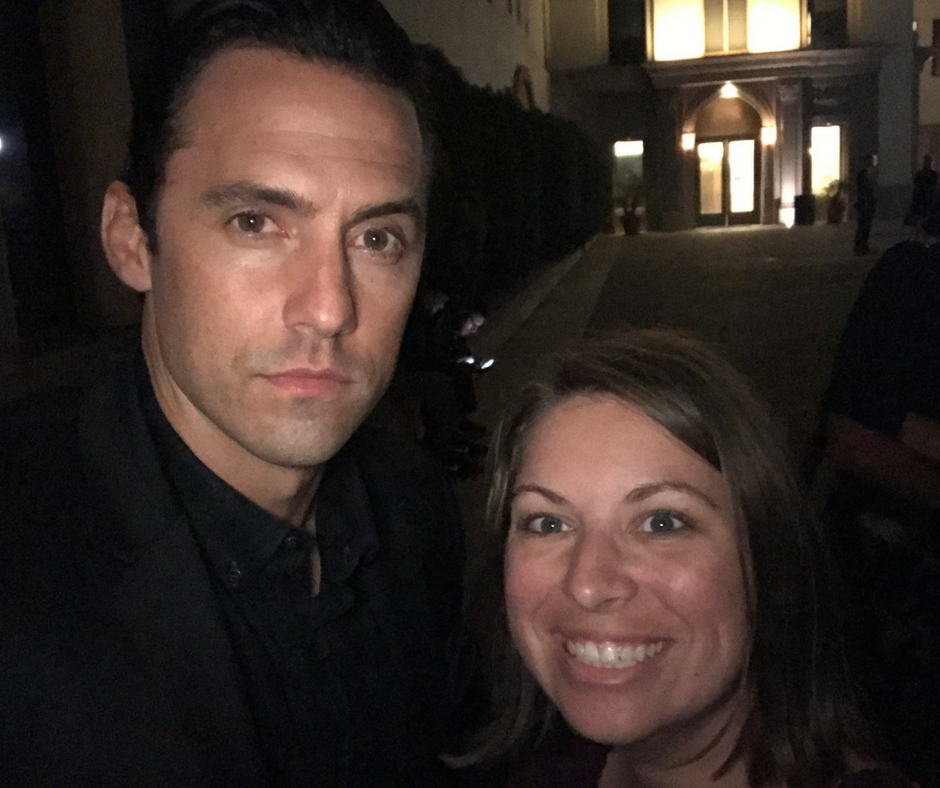 Following the q&a everyone was invited outside for a reception. This is the first FYC event that I have been to with a reception and I hope it is not the last. Bruno and I had the most amazing time!! Outside I got a chance to meet Milo, Chris, and Justin who were all so sweet. I was really blown away by how generous Milo is with his fans. He spent so much time trying to make sure that he met as many people as possible.

After we met the This Is Us cast members we got in line for the dinner buffet. While we were in line we had our pick from several different hors-d’oeuvres. The hors-d’oeuvres were huge and so delicious so I was full by the time we made it to the buffet. In addition to the dinner buffet, there was also a dessert buffet with tasty treats like homemade pop tarts. There was also an open bar and a cute photo booth.

This event was so much fun to get to attend and it was all free. We were even provided with complimentary parking on the lot. I could get used to this kind of VIP treatment!