Last week I attend a screening of The People Vs OJ Simpson at the LA Film Festival. I follow the LA Film Fest on twitter where I saw that they tweeted out that cast members David Schwimmer & John Travolta would be attending the screening to talk about the tv show.  As a huge Friends fan, I could not pass up the opportunity to see Ross Gellar in person.  Unfortunately, neither David nor John showed up but other cast members did.  The screening took place at the Bing Theatre at the Los Angeles County Museum of Art (LACMA).

I was four years old during the OJ Simpson trial and only vaguely remember seeing his face on tv.  When The People Vs O.J. Simpson aired on tv I did not get a chance to watch any of the episodes.  At this screening, we were shown episode six titled “Marcia, Marcia, Marcia”.  The episode was very interesting and when I got home that night I tried to binge-watch the whole series only to find out that no episodes are available online.  I know that a lot of people do not want to relive this trial but it is interesting to see what happened behind the scenes. 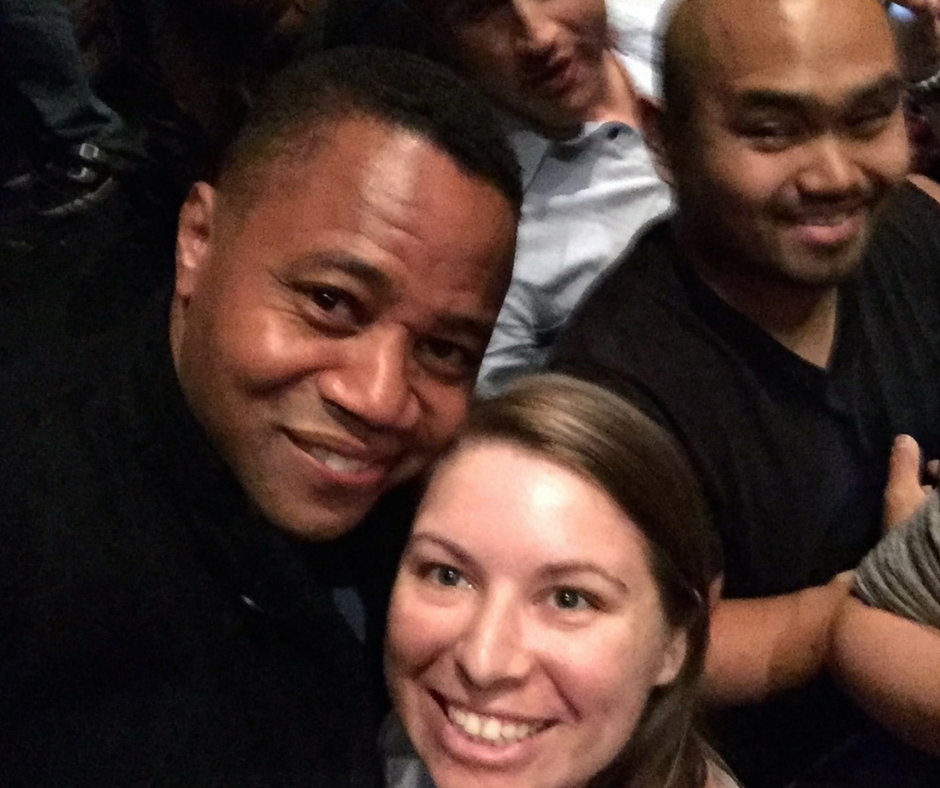 Little did I know then what a huge star Sterling K. Brown would become. I would later go on to see him again at a This Is Us event at Paramount.

The episode that we watched showed Marcia Clark dealing with her divorce and her struggle with the personal attacks from the media.  Ryan Murphy shared that he met with Marcia Clark who said that she would not be able to go through it again.  This showed Ryan how carefully he needed to handle this episode.  Brad Simpson shared with us that his wife thought this particular episode highlighted what it is like to be a working mother.

I really enjoyed listening to everyone talk but I think that Oscar winner Cuba Gooding Jr. stole the show during the q&a.  After one of his many entertaining comments, he did a mic drop and it was incredible.  The hard work that the cast & crew put into this project was more than worth it since they created something great.  The cast is filled with actors that are not only recognizable but talented.  Those who remember the trial and watched the tv show learned new information that was not public knowledge before.  This was a trial that held the attention of our nation and is still giving us something to talk about all these years later.

Following the screening, the cast members were so sweet to take pictures with the fans.  Cuba even got down from the stage to meet us.  It was such a pleasure to meet Cuba and Sarah.  The LA film festival takes place every June and is filled with fabulous events.  For more information about the festival please visit: http://www.filmindependent.org/la-film-festival/

Have you seen The People Vs O.J. Simpson?  What did you think?