The TCL Chinese theatre in Hollywood, CA is a famous landmark. The theatre has hosted several movie premieres over the years. In addition to hosting movie premieres, the theatre is famous for the hand and footprints from various celebrities in the courtyard. You can find the hand & footprints of stars like Shirley Temple and Marilyn Monroe to Tom Hanks and Jennifer Aniston. Every day people stop here to take pictures and put their hands & feet on top of the celebrities prints. I am so happy to say that I got to attend Tim Burton’s hand & footprint ceremony. 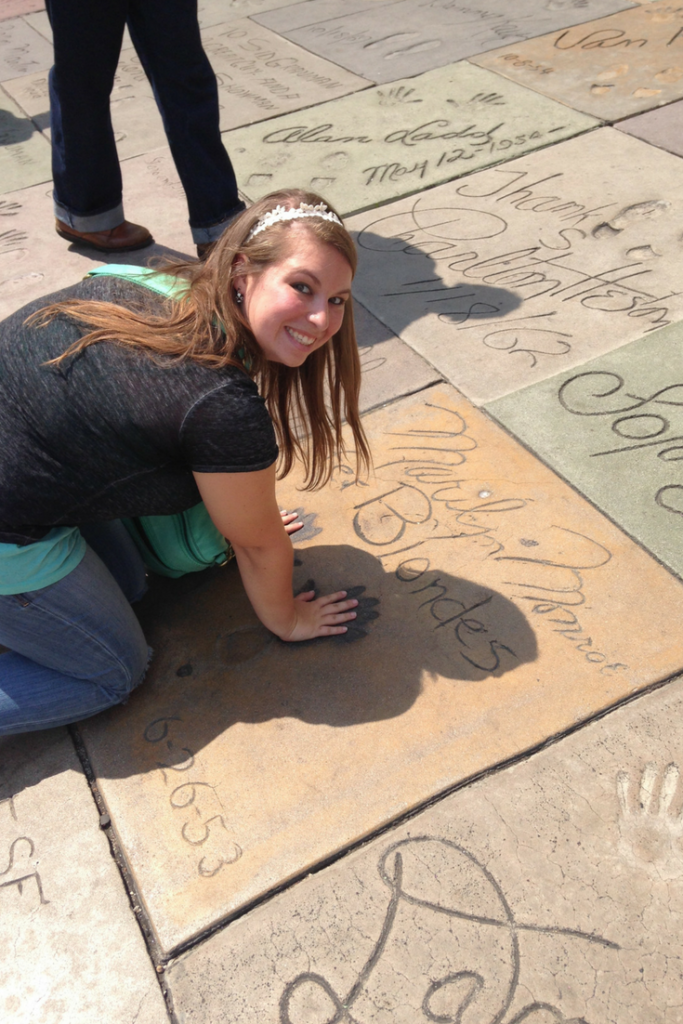 Since my friend and I are so short we couldn’t really see. However, we were able to lift our phones up high enough to get a few pictures. I wish they were better quality wise. I am thankful that I got to be there and was able to get any pictures. We got in line for the event around 1:20pm for the 4pm ceremony. The first people in line got there a little before 1pm. If you want to try and be in the front row plan on arriving around 12pm.

The ceremony began with the President & C.O.O. of TCL Chinese Theatres. Winona Ryder came up to the podium next. She spoke about Tim Burton and what a wonderful experience she has had working with him. It was nice to see the amount of respect and admiration that she has for Tim.

When Tim came up to the podium he gave a short speech. He made a joke about feeling like he was attending his own funeral with all of the nice things being said about him. Because of how short I am I wasn’t able to see when he put his hands and feet in the cement.  The picture below is of him showing the cement on his hands to the crowd. Even though I couldn’t see everything I am so happy that I got to be there for this event. 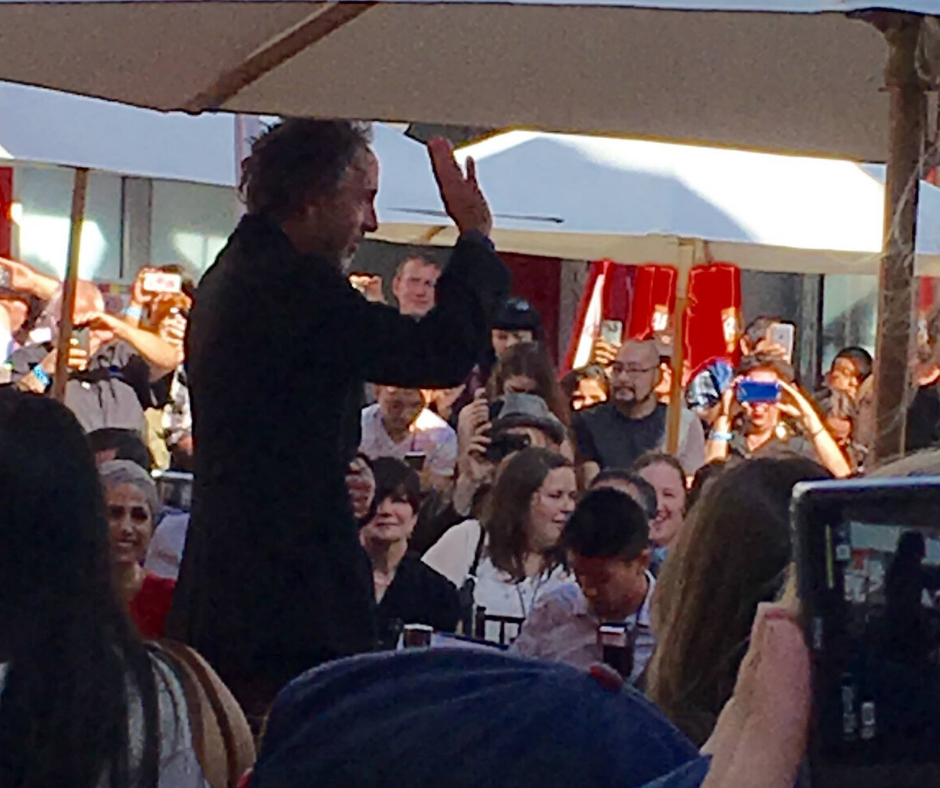 After the imprint ceremony, we were led to one of the Chinese theatres smaller screening rooms to watch the movie. In the lobby, they set up a photo spot and had a cake that was decorated like the house in the movie. I didn’t take pictures before the movie because I figured they would still be up afterward. They were not so now I know to always take pictures upfront. When we were in the lobby I saw Deep Roy taking pictures with fans. He has been in quite a few of Tim Burton’s movies.

I have not read the book but after seeing the previews I was excited to see Miss Peregrine’s Home for Peculiar Children. Before the movie began the author, Ransom Riggs, spoke about how excited he was. When he found out that Tim Burton wanted to direct the movie he thought it sounded too good to be true. He said he wouldn’t actually believe it until he was in a theatre watching it on the big screen with popcorn. Ransom introduced Tim who spoke a little bit about the film as well.

The movie comes to theatres on September 30th. I highly recommend seeing it. I really liked the movie which is worth seeing in 3D.