The Nicholl Fellowship Awards is open to aspiring screenwriters yearly and the winners receive around $35,000 and help networking for their next script. During the awards night in November, the four winners get to hear an excerpt from their screenplay read aloud by actors. The first year that I went to the four actors who participated in the live reading were Jack O’Connell, Tessa Thompson, Clancy Brown, and Ansel Elgort. The second-year I attended two of the actors were Vince Vaughn and Zoey Deutch. Most years free tickets are given out for this event. 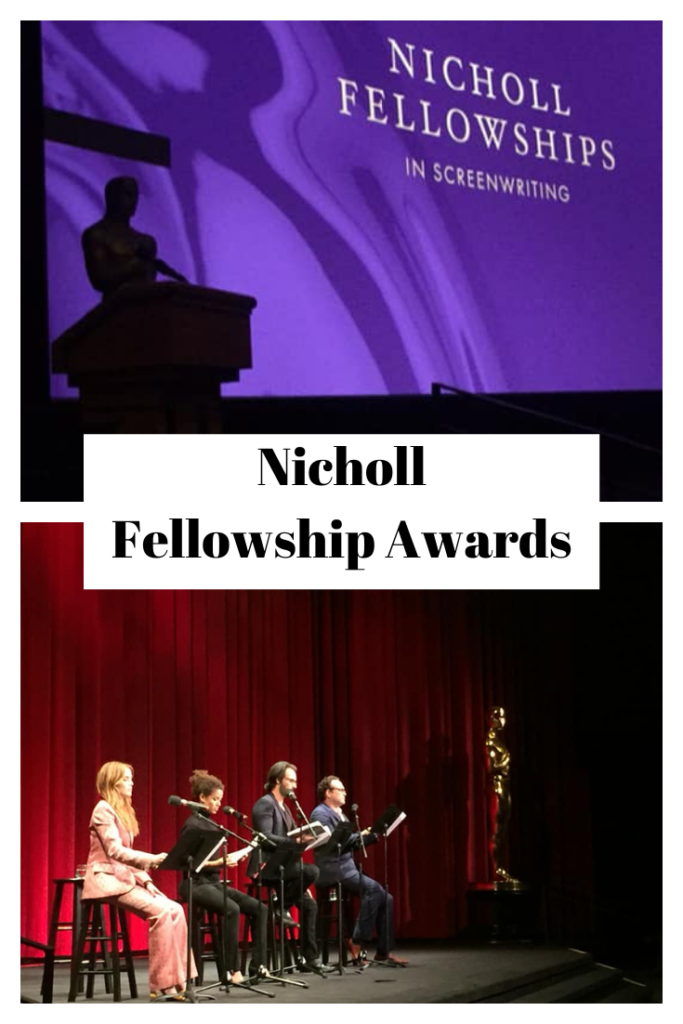 Screenwriting is something that fascinates and inspires me and for those winners what an incredible way to hear your story read out loud. There were 7,511 screenplay entries in 2014 and four were selected for the Nicholl Fellowship. For anyone interested in writing screenplays this is a great opportunity for you to come and see what the fellowship is about.

Ava DuVernay (director of Selma) presented the first award and as it turns out Ava was a Nicholl Fellowship finalist nine years ago. Eva Marie Saint, who has a Best Actress Oscar for On The Waterfront, presented the second award and just added to an already special night.

Hearing these talented actors read these scripts was incredible and a great blessing. Getting to hear Jack O’Connell read the script and see him in person means a lot to me now that I have seen Unbroken. I was not familiar with Jack prior to the Nicholl Fellowship awards and once I saw Unbroken and realized that was the same guy from the live reading I was so excited.

Clancy Brown was not a name that I recognized but after reading his IMDB page I realized how many shows he has been a part of. And he was in The Shawshank Redemption which is a movie that I like. I was a little familiar with Tessa Thompson because she had been a guest star on Grey’s Anatomy a long time ago. Ansel was very sweet to take photos with fans the year that he was involved.

If you would like more information on how to apply for the scholarship you can find that here.

There are two other posts about helpful resources for filmmakers. You can read about the SAG Indie Workshops here and the Writers Guild Library here.